While futuristic, the biggest security concern of the newly announced iPhone X would be the face recognition technology. Apple claimed that the face recognition technology employed on the anniversary iPhone is ‘robust’, but when questioned about the ‘what if’ scenario whereby a user is hypothetically being force by a perpetrator to unlock it, Apple’s SVP, Craig Federighi, said that there is a couple of ways to prevent. One such method would be “gripping the buttons on both sides of the phone” (essentially squeezing it) which will temporarily disable Face ID. 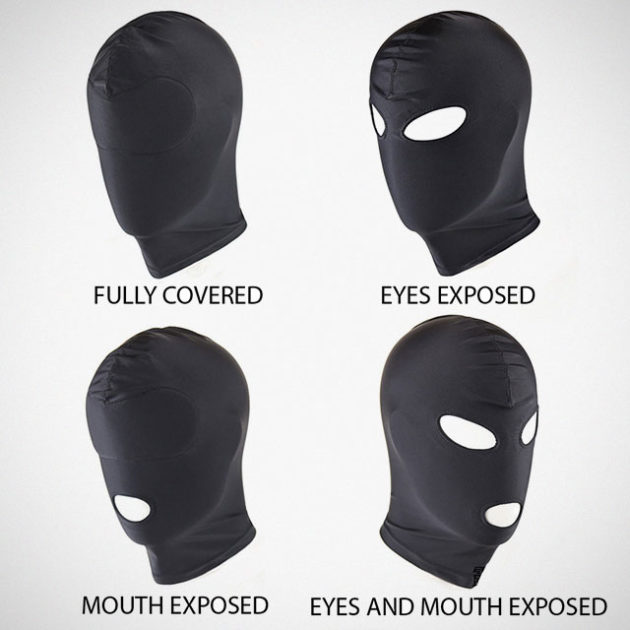 OK, that’s sound fair enough although he did not address how long the Face ID will be disabled or how can it be reinstated back. But what if you were sleeping and your always-on-suspicious-mode significant other, or kids, attempt to unlock it? Well, fear not, future iPhone X owners because some enterprising Chinese vendors on Taobao have already came up with an innovative “anti-facial recognition headgear” that will prevent that from ever happening. Problem solved, albeit a little on the frivolous side of things because this mask, which you could probably make do with any type of mask really, will cost you at least 35.80 yuan, or about US$5.50 based on the current going rate. On the other hand, that is probably a small price to pay to safe guard your device. 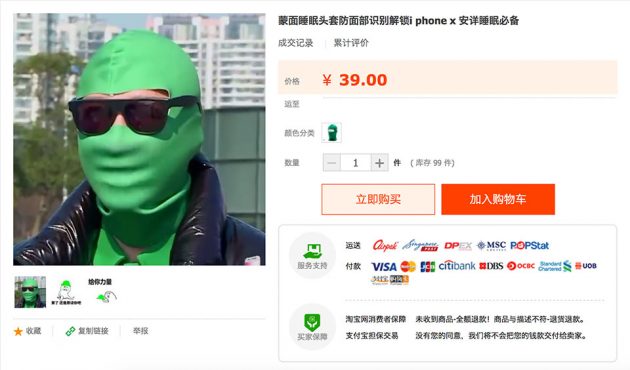 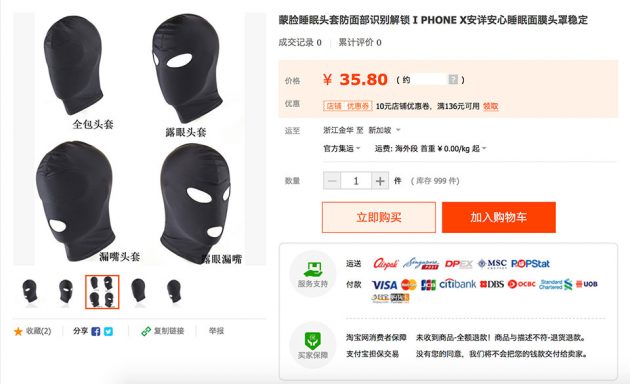