Many have dreamed of becoming the pilot of his/her own aircraft, but not everyone is able to fulfill this dream. Chinese farmer Zhu Yue is one of the ‘many’. While the dream of owning and flying a jet airliner may not is a dream dashed, he is not about to let that dream pass. Instead of letting the dream pass like most people would, he decided to build his own passenger jet. Amazingly, he did. Yue has created a full-scale replica of the Airbus A320, now parked on a piece of tarmac that sticks out like a sore thumb in a vast wheat field somewhere in northeast China. 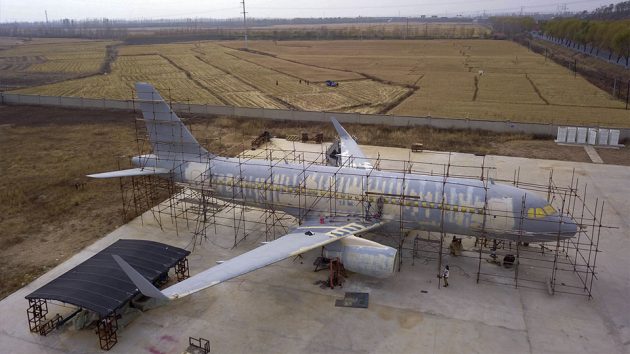 It is not airworthy, obviously, but it is still a triumph for Yue. Not many people can claim they built a jet airliner, but this man surely can. Yue, a trained welder, pumped in 2.6 million yuan (around US$373,750) into this endeavor which began with a toy model of an Airbus A320. He fervently studied the aircraft’s dimensions and pored over heaps of online photos to pick out the details, and got down to work. With the help of five fellow aircraft enthusiasts/laborers, the aircraft with a hulking 60 tons of steel started to take shape. There’s even a cockpit with replica flight instruments and a staircase vehicle for ‘passengers’ to board the aircraft. 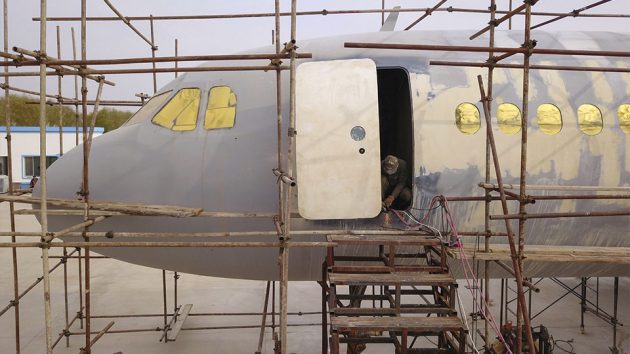 But this homemade jet airliner won’t be taking to the sky (because, it can’t, really). Instead, Yue plans to turn this non-flying airliner into a restaurant where 36 first class chairs will replace the usual 100+ plus regular aircraft to serve seats for patrons of the diner. Yue is hopeful – thanks in part to the location of the stationary aircraft, which happens to be not far from the interstate. I am sure it will do well, since now Yue has gotten the attention of the world. The idea of turning aircraft into a restaurant isn’t new; there is at least one in existence, but Yue’s diner will be special because, this ain’t no repurposed aircraft. It is a freaking homemade Airbus A320. 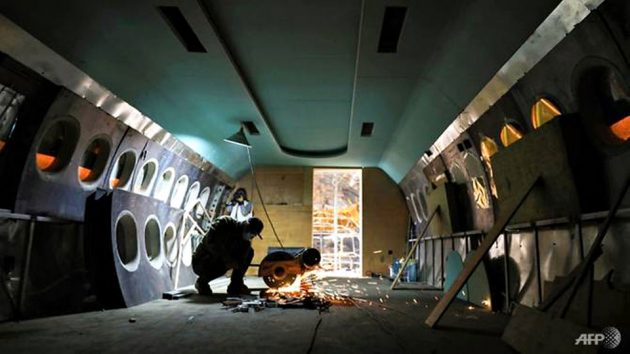