Universal Studio Japan celebrated this year’s ‘Cool Japan’ with a Final Fantasy-themed ride and next year, it is going to get even more exciting for Japan pop culture/anime fans because, there is going to be a Godzilla Vs. Evangelion ride. Godzilla and Evangelion are not alone in this ‘Cool Japan’ 5th anniversary celebration; there will be attractions based on famous anime too, including Detective Conan, Lupin the Third, Sailor Moon, as well as Attack on Titan.

Information regarding these attractions are scarce at this point. What we do know is, 2019’s Cool Japan is going to be major. So major that it will be split into two periods: Spring and Summer, with the former featuring Detective Conan and Lupin the Third attractions from January 18, 2019 to June 23, 2019, and the latter, will see Attack on Titan, Sailor Moon, and Evangelion Vs. Godzilla attractions coming on between May 31, 2019 and August 25, 2019. 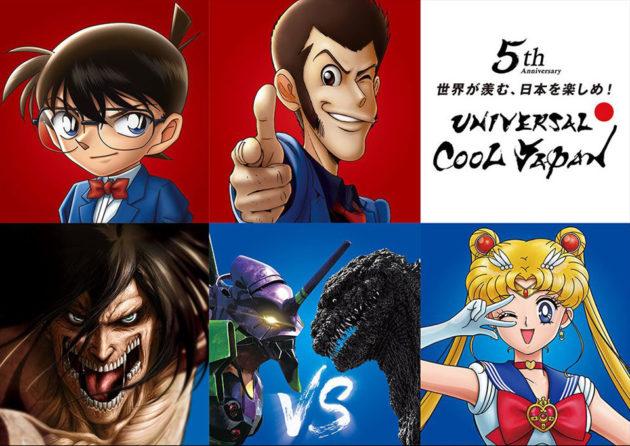 It is worthy to note, though, Evangelion is not new to USJ. There is already a VR ride Evangelion. What is not clear is how this mecha vs. radioactive giant reptile will play out. I am guessing, it will be yet another VR ride. I mean, really, what else could it be, right? In case you are wondering… there are reasons why the two icons of epic proportion are going head-to-head.

For starter, Neon Genesis Evangelion original series’ creator happens to be the director of the newest Godzilla flick that is Hideaki Anno. That, along with the April fools’ Day joke posted on Shin Godzilla’s website back in 2016 kind of help spur this unlikely collaboration. Like I have said, details are scarce at this point in time, but personally, I am expecting VR rides because they are generally easier to implement than traditional thrill rides, while not sacrificing thrill factors.