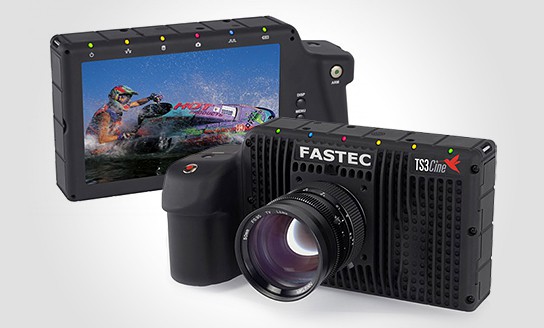 the removable rechargeable battery is good for three hours of usage and captured footages are stored in the built in 128 GB Solid State Drive (SSD), while 256 GB SSD is available as an option. a SD card slot provide additional storage using SD card. connectivity includes Gigabit Ethernet port, USB 2.0, HDMI out. it is even compatible with WIFI dongle if you prefer to go wireless. so the price for such a fast, compact camera? a whopping $29,900 for the based model with 128 GB SSD. want the 256 GB SSD? add another $2,000. pricey huh? then again, i assume that you probably would be at least a semi-pro videographer to be looking at such an equipment.

well, at least that’s half the price of the professional-grade video rig like the RED EPIC-M. since you probably won’t be shooting The Hobbit, i guess the TS3Cine is an ideal go-between. it probably sits between an high-end DSLR and a pro-rig like the RED EPIC-M. its compact form factor also means it would be ideal camera action-adventure shooting and areas with space constraints.