These days, biomimicry is a big thing for Germany’s industrial control and automation company Festo. This eel-like robotic fish you see here, called BionicFinWave, is one of its newest robot in the company’s study into biomimicry and man, it is pretty darn creepy! Seriously, why do need to give them eyes? It has a camera on its ‘nose’ already, didn’t it? Anyways, The level of creep of this thing rivals that of the crawling robotic salamander. 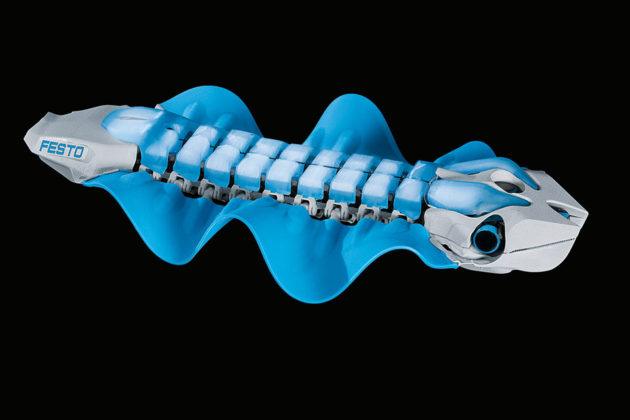 Eeriness aside, the BionicFinWave is actually an impressive underwater robot that explores how undulating fin movement can serve as an effective propulsion. The result, as you can see in the video below, is an eerily life-like robot swimming underwater.

“The fins on the natural role models run from head to tail and are located either on the back, the stomach or on both sides of the body. The wave-shaped movement of the fins allows the fish to push the water behind them, thereby creating a forward thrust. Conversely the creatures can also swim backwards in this way and, depending on the wave pattern, create uplift, downforce or even lateral thrust.” 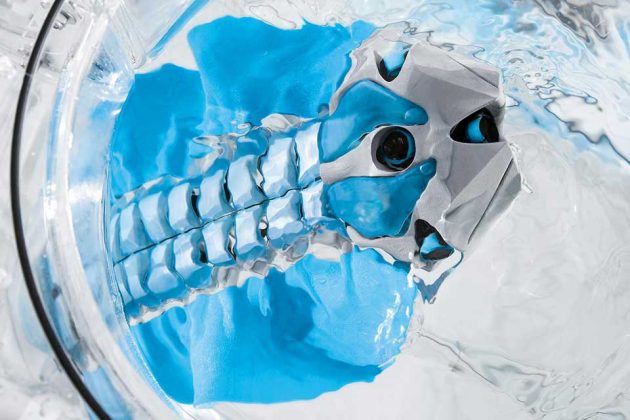 BionicFinWave is autonomous and it is capable of communicating with the outside world wirelessly, transmitting data like recorded sensor values of say for examples, temperature and pressure, to a tablet. It uses the principle of crankshaft, driven by servo motors, to create the undulating fin movement. Crankshaft, for the uninitiated, is mechanical component that performs conversion between rotational motion and reciprocating motion.

Crankshaft is found in engine of automobiles, but unlike cars, trucks or whatever, the crankshaft in BionicFinWave does the opposite; it translates rotational motion from the motors into reciprocating motion. A third servo motor in the head controls the flexure of the body, thus allowing this robotic fish to dive up and down. Ingenious!

See the BionicFinWave in action the video below. 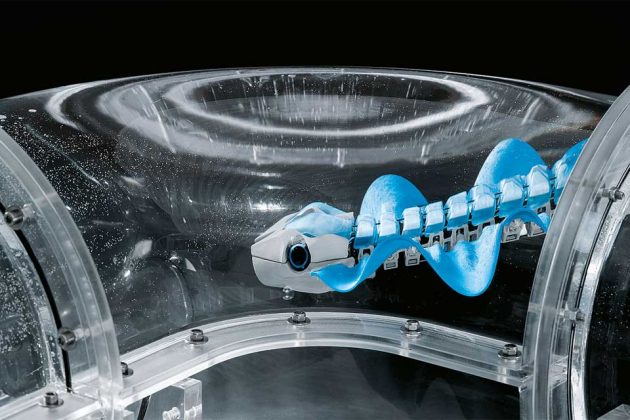 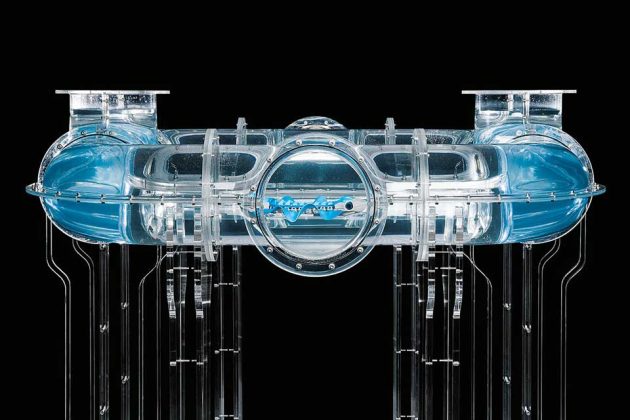