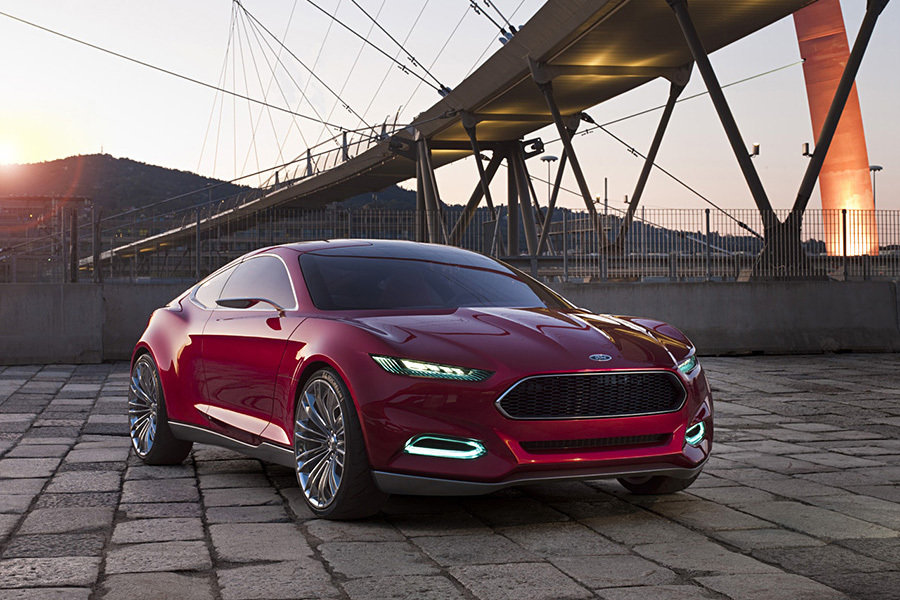 kicking off Ford global design direction for the future is the Ford EVOS Concept which set to make its public appearance at the upcoming Frankfurt Motor Show. the distinctive fastback style harkens back to the 60-70s auto design, albeit in a much sleeker form. if you have guessed that this is an electric vehicle, then you are half right. the EVOS is a plug-in hybrid and its fastback coupe chassis actually has four doors – all which are gullwing doors. we have seen countless concept and this is one concept that will never see the light of day. we knew it even before Paul Mascarenas, Ford Chief Technical Officer, announcing it. how we know? let’s just say its a hunch.
[ad#Google Adsense-text-468×60]

beneath its sleek futuristic appearance, lies a host of technologies that we can only dream about for now. technologies like pre-heat or cool the interior in anticipation of your drive, connecting to the cloud and other wireless devices, close the garage door after you leave and among the many others. as Mascarenas put it (a little too in-your-face, i thought): “while you will never see this car on the road, the next generation of Ford products around the world will display many of the distinctive design ideas and advanced technologies it showcases.” but then, that’s what we see and we want the same thing to be on the road. then again, we are use to being lead to believe and more often then not, concept that wow us did not eventually make it to production.

check out a 8-minutes plus video after the break for a detail description of the EVOS and a few more images of this cool fastback example.