Whether you are an avid playing cards collector, or one who appreciate art, we are confident that the Fuego! Day of the Dead-inspired Playing Cards will set your heart fluttering. Fuego! is the first deck by New York-based bespoke playing cards design and branding studio, Cellar Window and are inspired by the works of Mexican political printmaker José Guadalupe Posada on Calaveras (a representation of human skull commonly associated with Mexican celebration of the Day of the Dead) and the Latin phase “Memento Mori”. The result is nothing short of spectacular, really. I am not just saying because it was hat tip submitted to us. I mean, if it wasn’t worthy of many more looks or even collecting, we wouldn’t have bothered. Right? 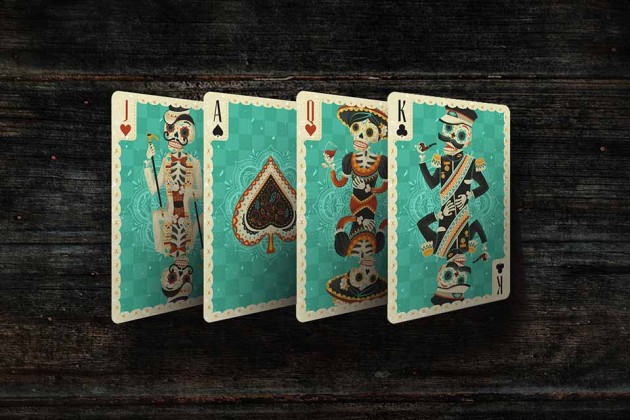 With the vibrant colors and incredible level of details presented in the illustrations, Fuego! surely had me at ‘hello’. The attention to detail extends to the tuck case which boasts a classic long flap, perforated custom stamp seal, inner Calavera motif print, and exterior embossing that further works to accentuate the design. The deck includes custom Courts, Aces, Jokers and Pip layout and will be manufactured by Legends Playing Card Company on traditionally cut European card stock and Emerald Finish. LPCC here will also be responsible for the fulfilling the Fuego! which should give backers added peace of mind since they are the pros in this area.

Speaking of backers, Fuego! is current running a crowdfunding campaign on Kickstarter where you can help bring Fuego! to the market by backing the project. And the price? Just $14 a deck and if that isn’t enough, shipping is free. Scroll down for more eye candy. 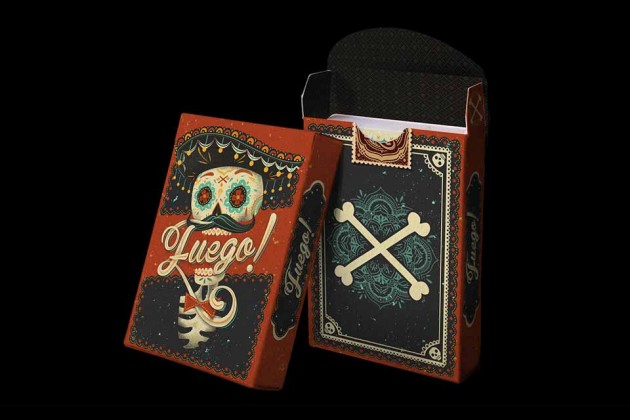 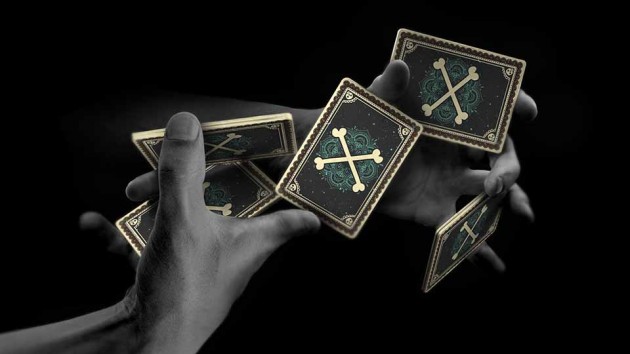 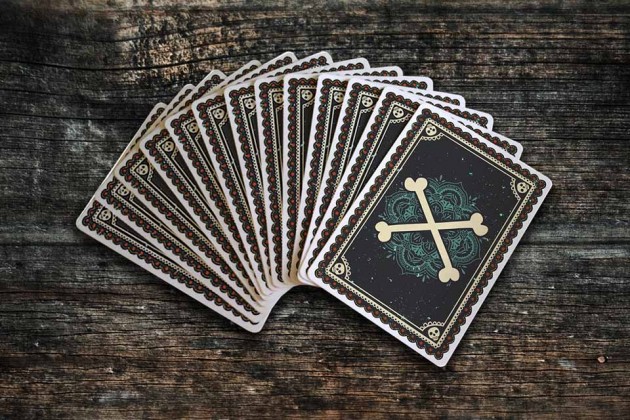 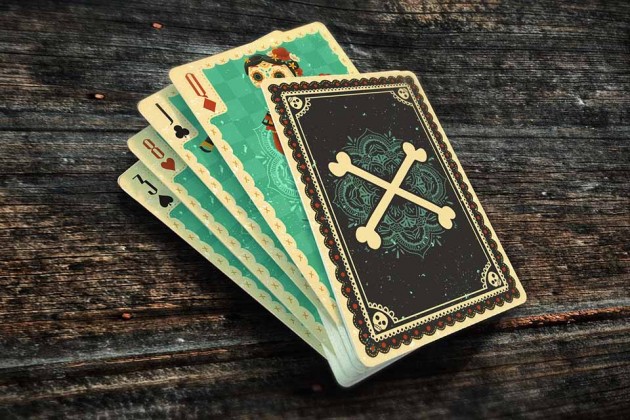 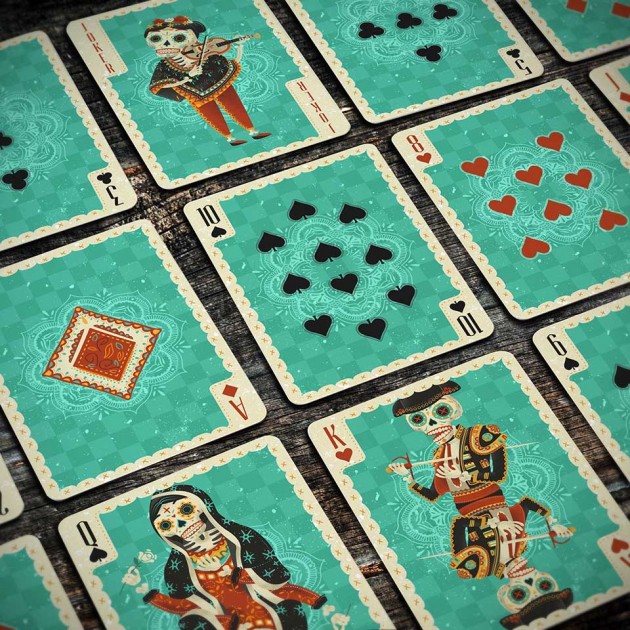