Getting your daily morning fix of joe is not as easy as it sounds when you are not a home or you are not within the confine of a concrete jungle. If there’s one person who knows the scarcity of coffee in those situations, it would be Kenneth Chai. As he was stationed all over the world, he found it hard to acquire decent coffee and that spurred him to create his very own portable coffee maker. To be fair, Chai could have bought something off the shelves. It is not like the world doesn’t have such device, but anywho, he chose to create his own and he now wants to share his invention, called Fuse Modular Coffee Press, with the world. 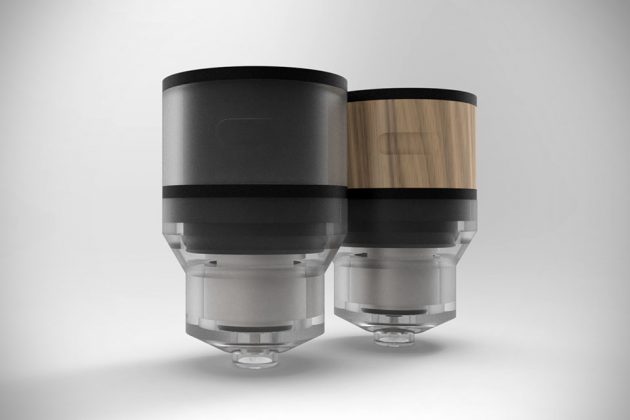 As the product name implies, this is not your run-of-the-mill on-the-go coffee maker. It is essentially an actual coffee press. Meaning it does it all, from grounding of coffee bean to finally brewing that hot cup of joe you have been craving for. Fuse is made up a series of twist-on modules that include a ceramic burr for grinding roasted beans, a milk frother for making latte or cappuccino, and of course, the coffee brewer itself which boasts a pressurized chamber that allows for adjustment of the coffee strength to suit your taste.

Fuse uses the good’ol plunging action where your hand exerts to around 5-6 bar (73-87 psi) of pressure to push the hot water through the ground coffee and into the cup, making it a true straight-to-the-shot coffee press. And because it uses no electricity, it is great for places where electricity is scarce or non-existence. Last but not least, in case you are a style-conscious person, you’d be glad that Fuse looks absolutely stunning too and oh, the lack of moving parts make it easy to clean, which is an important virtue when you are out in the wild.

Want one? Well, then follow these steps: first, pledge at least $49 and then, keep your fingers crossed that the campaign gets funded.