Casio G-Shock watches are built rugged and never known to be exorbitantly priced. However, years ago, the Japanese watchmaker ventured into the premium timepiece market with MR-G series, with current models commanding anything from 2-3K but today, the brand celebrates two decades of MR-G by upping its premium status to a whole new level with the G-SHOCK MR-G Gold Hammer Tone Hybrid GPS Watch (MRGG1000HG-9A). 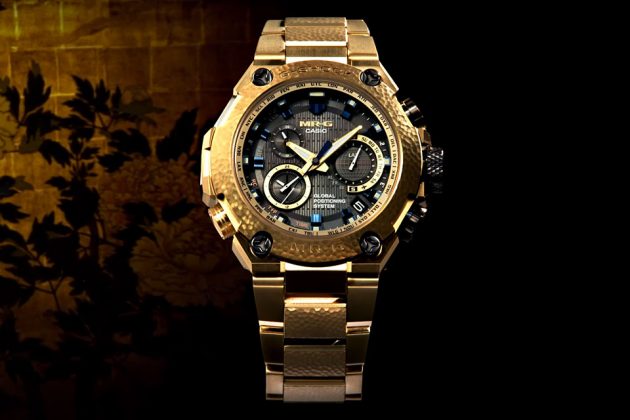 In fact, Gold Hammer Tone isn’t the first to push the MR-G into a whole new dimension of luxury; it is the second ultra premium timepiece to do so following the G-SHOCK MR-G Hammer Tone (MRGG1000HT) introduced earlier this year that shocked the G-SHOCK community with a whopping $6,200 sticker. While the first model may not look the part of a luxury watch, the Gold iteration no doubt does – thanks to the, well, gold treatment, of course. The Gold edition, btw, also commands the same $6,200 price tag. 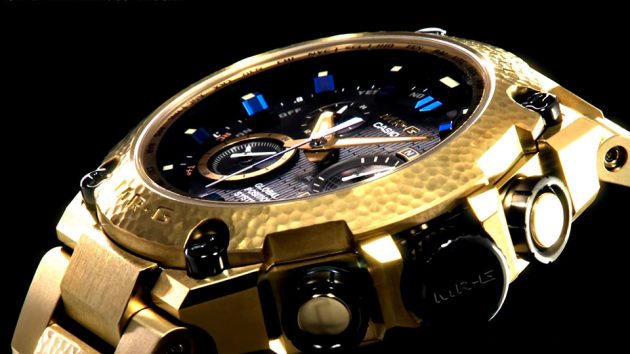 As you can see, the G-SHOCK MR-G Gold Hammer Tone is really just a gold version of the first Hammer Tone and also a second collaboration with third-generation master metal craftsman Bihou Asano, who painstakingly form, by hand using the age-old Tsu-i-ki technique, the hammer tone you find on the watch bezel and metal band.

Based on the MRGG1000, the MRGG1000HG-9A (like the MRGG1000HT) naturally shares many of the MRGG1000 features, including a quartz analog movement with GPS satellite synchronization system, Multiband 6, Tough Solar, local and world time displays, an alarm, perpetual calendar, and finally, rounding up with a reflective sapphire crystal and titanium case paired with a titanium bracelet band. 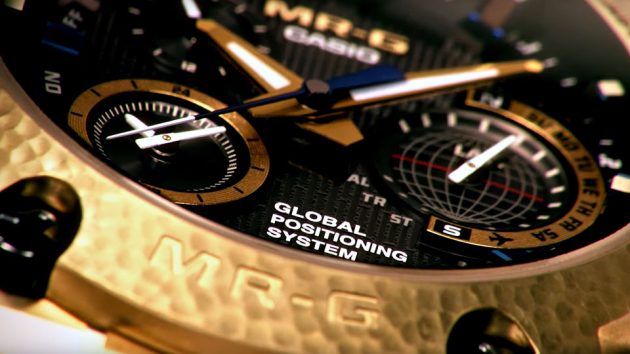 Being a G-SHOCK, the brand’s famed Shock Resistance as well as water resistance up to 200 meters (656 feet) naturally comes as standard, though we have serious doubt anyone who jeopardize a 6 grand watch by bringing it to rigorous activities like deep sea diving or skydiving. Anyways, those rugged qualities are good to have, just in case your life turns all James Bond. Only 300 MR-G Gold Hammer Tone will be made, with U.S. allocated with just 10 pieces, and so, if you wish to own a piece of the most opulent G-SHOCK, then you’d better act fast.