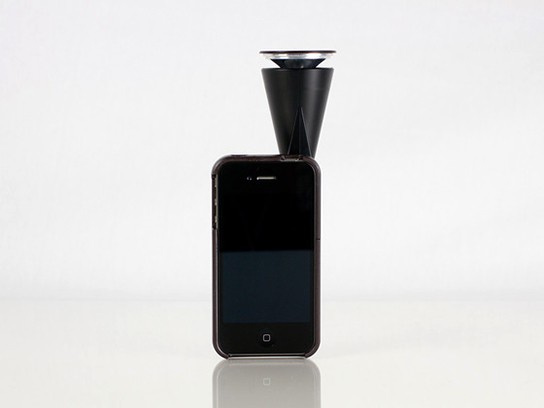 what is it? the GoPano micro is basically a hardware that lets your iPhone 4 capture 360DEG video. the GoPano micro hardware consists of two parts: the case and the GoPano. of course, the GoPano micro will not work by simply snapping on the lens. it will require an app to make it work. check out the video after the break for the product intro.
[ad#Google Adsense-text-468×60]

how it works: attached the purpose-made case, snap on the GoPano micro and launch the app to start capture video in 360 awesomeness. the GoPano micro records everything around simultaneously which means you can go back to the recorded video and choose to view in any perspective, any angle at any point of time. sounds totally awesome. it is almost to good to be true. don’t you think so? swiping the screen left and right lets you ‘navigate’ the video’s different perspective.

GoPano is another project featured on Kickstarter and Michael is asking the masses to support his idea to make the GoPano micro a reality via Kickstarter. the project has surpassed its original goal by more than $60,000. want one? it can be yours if you make a pledge of $50 or more via Michael’s Kickstarter page. check it out.