Tattoo is an ancient art that survived till today. It has largely remain unchanged until someone decided to add audio to it. And if think it will not further evolve, well, you’d be wrong. Louisville, Kentucky tattoo artist Roy Lee Rowlett shows you that not only tattoo evolves, but it can kind of make pop culture stand the test of time because, green screen. Wait, what? What has green screen got to do with tattoo, or in this case, Rick and Morty? 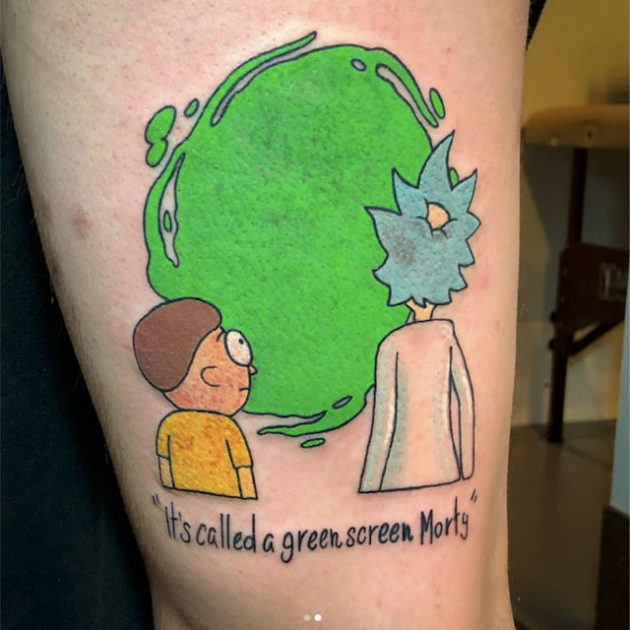 You see, Rowlett has created a super cool and super clever green screen effect on a Rick and Morty tattoo. Green screen (technically, “chroma key compositing”), as you know, is a visual effects/post-production technique use for compositing two images or video streams together. It lets you cast a second image (or video) onto another image (or video) to create a seamless image. In Rowlett’s masterpiece, he created a Rick and Morty that has the two key character staring into a green space (you know that, usual time-travel swirl thingy?).

To the naked eyes, it is just a green patch the crazy inventor and his grandson are staring at, but it comes alive when you use video editing software or an app on your phone to overlay it with a video. Obviously, you will want to overlay it with Rick and Morty montage to consummate the look. Now, that is one sick tattoo! (In a good way, that is). Have a look at the Rick and Morty magic unfolding before your eyes in the video embedded below.