If you think about it, Sony’s idea of a rear touchpad on its DualShock controller is actually pretty brilliant as it lets you use all your digits in gaming – something which we can’t do when playing games on our smartphone and tablet. But that was then. Now, a Mountain View-based startup, HandScape, wants to completely rewrite how you use your mobile device by letting you use all your fingers while holding it like you normally would.

The product, dubbed HandyCase, will not only adds backside touch controls to your iPhone or iPad, but also enable you to ‘see’ where your fingers are. So yeah, it kind of let you “see through” the device like some portable x-ray device. Well, it don’t actually let you see through. Instead the backside sensor senses where your fingers are and creates a simulation of your digits on the display so that you will know exactly where they are. 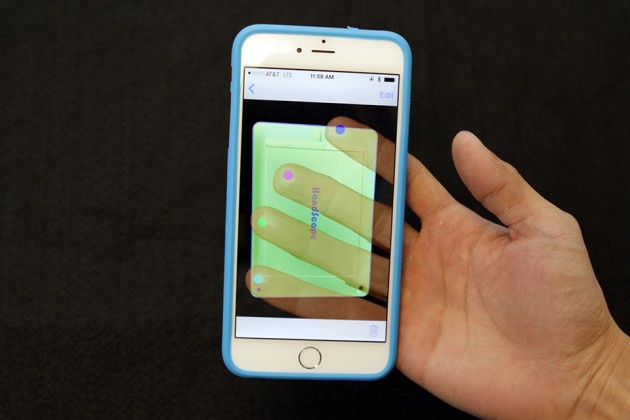 Using a patent-pending technology, HandyCase is able to distinguish individual touch, so no accidental clicking will occur. But why backside touch? Because, thumbs are not as effective, especially when dealing with larger mobile devices, but fingers can stretch further and there are many of them. Furthermore, touching from behind means you won’t be obstructing your own view, which has been a persistent problem since the invention of touch-enabled mobile devices.

“Being able to interact with a touch screen from the back vastly improves the user experience for many existing apps and opens the door for new applications that would otherwise be clunky and frustrating on a simple touch screen. Furthermore, this would also change the face of multi-player games because it doesn’t require the game to divide itself into sections, two players could each have control over the entire field.” 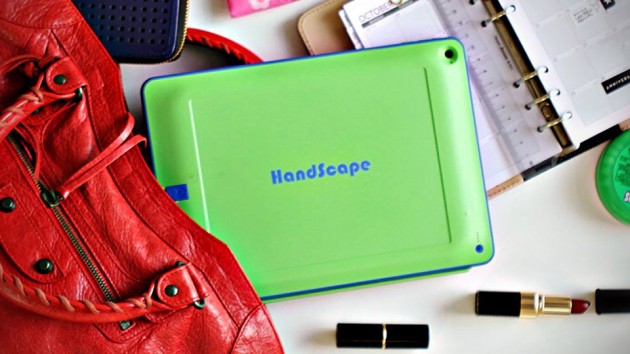 The case connects to your mobile device via Bluetooth Smart, which also allows you to control multiple devices from one smart case. Anywho, the development of the HandyCase will benefit many areas, including gaming, education, and even physical rehabilitation where it can be used to promote fingers dexterity. There’s a catch here though. App developers will have adapt their apps to realize the potential of HandyCase.

If you’re all up for it, you can pre-order the HandyCase over at Kickstarter for $99-$189. Available for iPhone 6/6s/6 Plus/6s Plus, iPad Mini, iPad Air, as well as iPad Pro. Expect to wait till April 2016 for delivery. Catch the pitch video after the break.