Remember the solar-charging, uber luxury iPhone X dreamed up by Russian luxury phone customizer, Caviar? Well, it looks like it has an updated look… and price, but more on that later. In addition, we heard Caviar will be sending the first customized unit to Elon Musk. The Caviar Solar-charging iPhone X Tesla is essentially an iPhone X with a case permanently stuck to it and in this case is a built solar panel that you leverage on to charge the device. 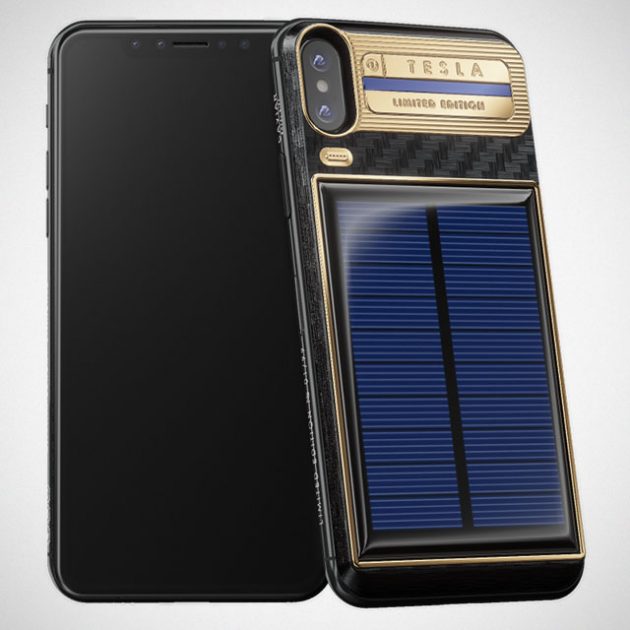 The source required is, of course, the sun, but bright lamps apparently will work too. I am not sure if this is the same as the one reported previously, but one thing for sure, the design looks a tad different and this one here now has the words “limited edition” engraved on it. It is still called Tesla though, as a homage to Elon Musk’s commitment to sustainable energy. 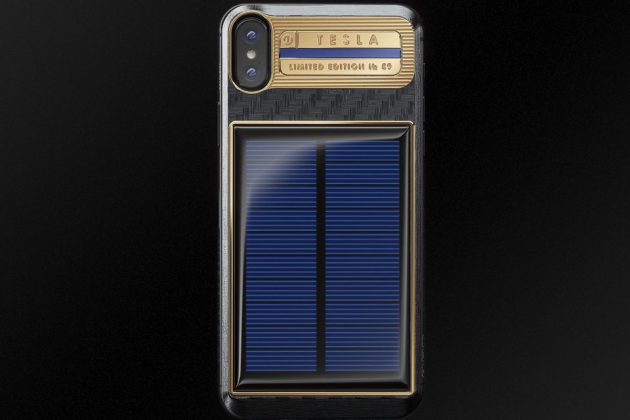 The case itself is of carbon with gold accent and this being a case with built-in solar panels, it is significantly thicker than the original device in its naked form. In fact, it is so thick on the back that it managed to recess the camera bump recent iPhones are famously known for (apart from the notch). This uber luxe iPhone X comes in a choice of 64 GB or 256 GB, though we are not sure which model Musk will be receiving (likely the 256 GB because, 256 GB). 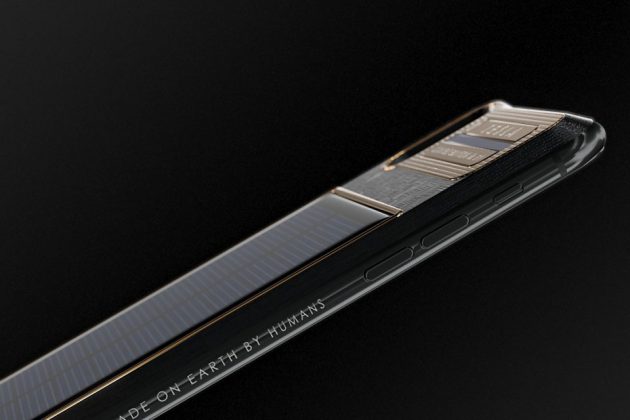 What we do know is, it will be numbered with the number engraved on one side and on the other side, the man’s device will bear the phrase “Made on Earth by humans” – the same words that Musk had printed on the circuit board of his personal Tesla Roadster that hitched a ride on SpaceX’s Falcon Heavy rocket into orbit in space.

If you are thinking of getting your hands on one, be prepared to shell out 284,000 rubles for the 64 GB model, or 15,000 rubles more for the 256 GB model. Shipping is free though and you need not pay upfront until it has been inspected in detail. The good news is, Caviar has bumped up the available from the previous 99 units to 999 units. Still, if you really want one, you have to act fast cos’ there are certainly more than 999 richie rich who can’t wait to get a unit. 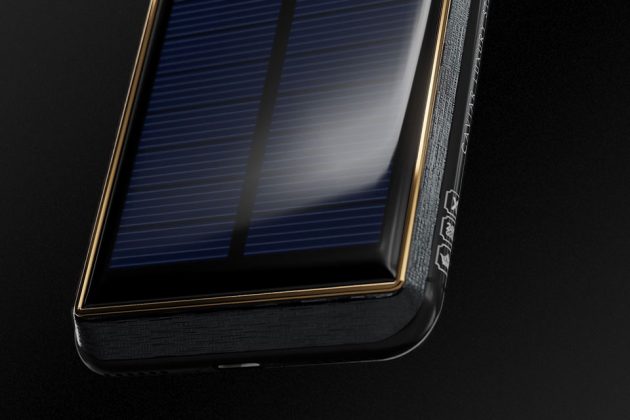