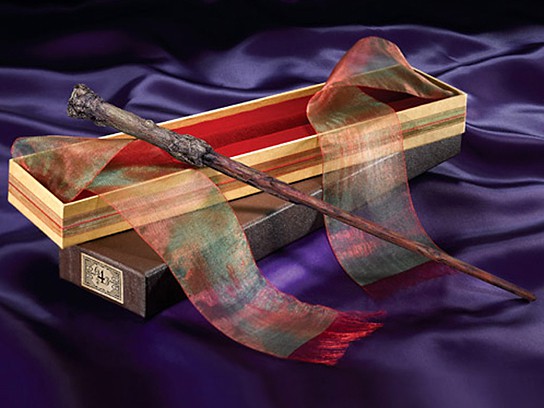 fans of Harry Potter would certainly love to have piece of this natural born wizard, and what’s better than to start with owning a piece of his wand as seen in the first Harry Potter film? this exact replica is no knock off but a true-to-the-core officially licensed product and it even comes with the presentation box as seen in the movie. if you aspired to be a wizard, then this is the magic stick for you and the truth is, the wand doesn’t need to choose its wizard like they said – you get to choose the wand yourself. well, not that there are a lot of them to choose from but for £31.99 (about US$52), you d’get the hero’s stick, i mean magic stick. so what’s not to love?
[ad#Google Adsense-text-468×60]

i am not a particularly huge fan of Mr. Potter but i secretly harbor the wish to have his wand. though it would be even more cooler if it can light up at its tip so that i can use it as a flashlight when i am scouring through some secret chamber. that said, this is a mere collectible but if magical power is what you seek, then the closest you will get in this real world is the Magic Wand Remote Control – which your power only goes no further than controlling your TV. well, it’s a start. isn’t it?