Inspired by Banksy’s epic ‘self destruct’ painting that shocked the world, Belgian graphic designer, Lesha Limonov, has created a series of postcards that kind of replicate the shredded Banksy painting. Each postcard comprises of two parts: a paper frame that looks like a 2D version of the frame that the Girl With Red Balloon was framed and a “painting” that has pre-cut lower half. Obviously, a secret shredder is not present. That would be too over. 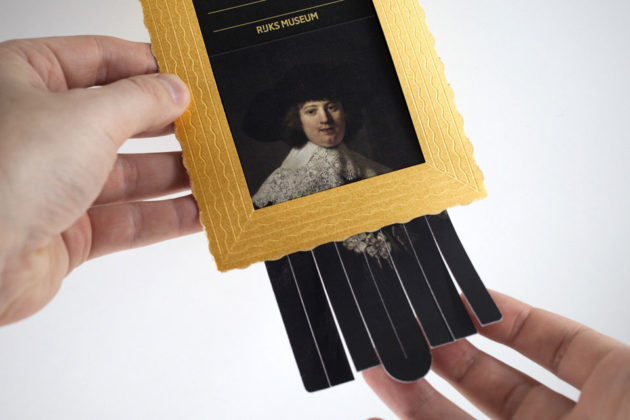 Instead, the postcard with the painting is, as pointed earlier, pre-cut. A semi-round tap at bottom lets user pull the card from the ‘frame’ to “shred” the painting and at the same time, revealing a space behind for the sender’s message. Hmmm, we wonder what would be Banksy’s thought on this? Limonov hope that this concept, called “Hello From Banksy” will be adopted by museums from all over the world. Fret not if no museums pick this up because, according to Limonov’s Behance page, these postcards will be available at the Shuba store soon.

Oh, wait. We have just checked, it is in fact available as we speak. Each “Hello From Banksy” postcard cost $9.99 a pop. A paper holder is supplied for you to display the masterpiece on the table. The stand is a neat idea, but if you want the Banksy’s shredded painting-style, a stand would be in the way. It will be more logical to stick it on the wall with the painting pulled down to reveal the “shredded” art. Now, if you Limonov could get Banksy to allow his painting to be on these postcards… 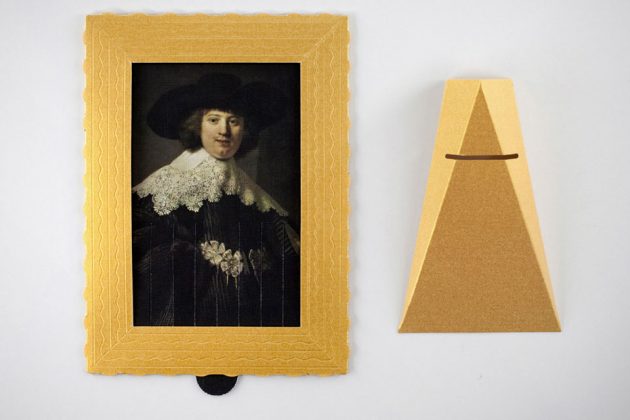 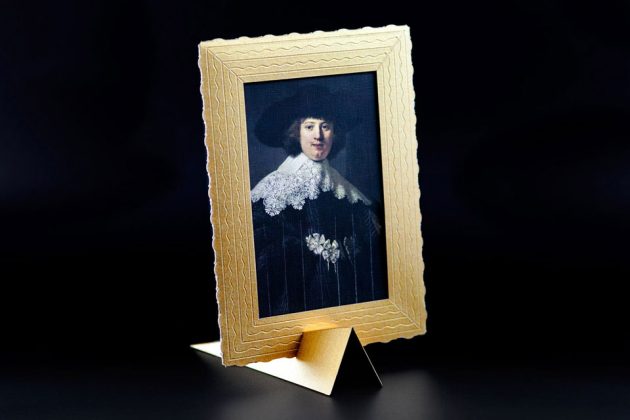 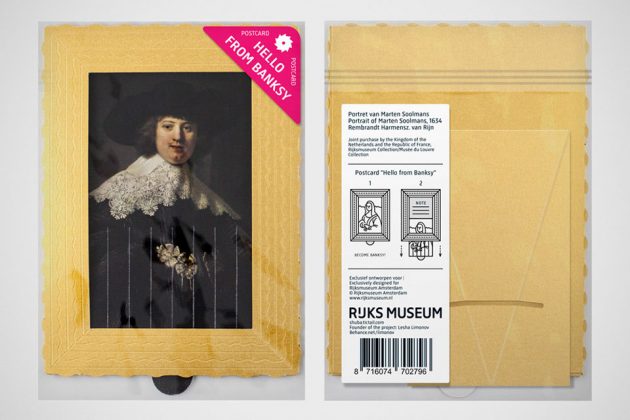