At a glance, you may mistaken the Heng Balance Lamp to be a Dyson fan with a couple of balls suspended right smack in the center. Of course, this is not a fan, nor was it from Dyson. In fact, Heng is a light. It is a desk lamp that’s designed to break the monotony of today’s, how do you say? Traditional way of switching on and off a lamp. Wait, what? Really. That’s what Netherlands-based Arther Limpens from Allocacoc DesignNest is proposing and breaking the traditional Heng did. How? You see the two balls there? They are not just beautifully crafted wooden balls; in each of them is a magnet that enables the two to magically suspended in midair.

When the two balls meet, they are drawn together by the virtue of magnetic force and this action tugs on an internal switch thereby turning the light on. Magic! Well, at least it looks like magic which adds fun to an otherwise simple task of flicking the switch. Removing the lower ball will turn off the light. Pretty dope, right? We think it is. As for the lights, details aren’t offered, but from what we observed, it looks the work of an LED strip light which shines inwards, creating a soothing, soft illumination that also spot light on the pair of balls. Ermmm, for what reason, we do not know, but it looks kind of artsy. So, Heng Balance Lamp isn’t just a light source, but it is also an art piece too. 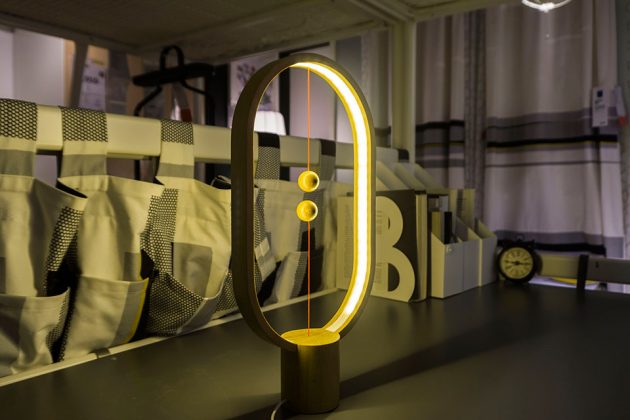 With such an innovative approach to switching on and off, it is little surprise the design concept won the hearts of the judging panel of the Red Dot Design Award last year. But that was last year. Heng has since entered into prototyping phase and Allocacoc has taken to Kickstarter where you can secure one for €42. The campaign is already funded and so, your pledge will be a preorder which will realize (i.e. ship) sometime in July 2017.

Go ahead and check out the product pitch video to see Heng in action. 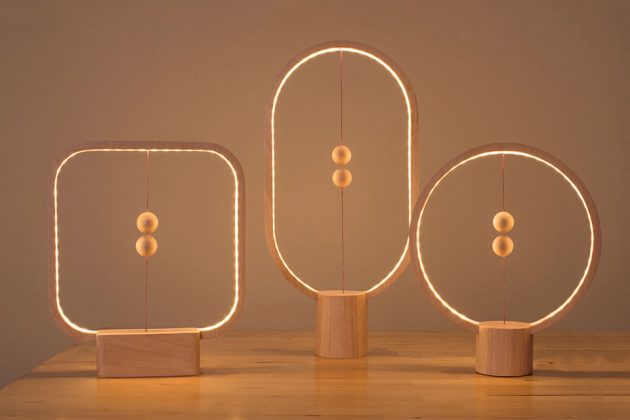 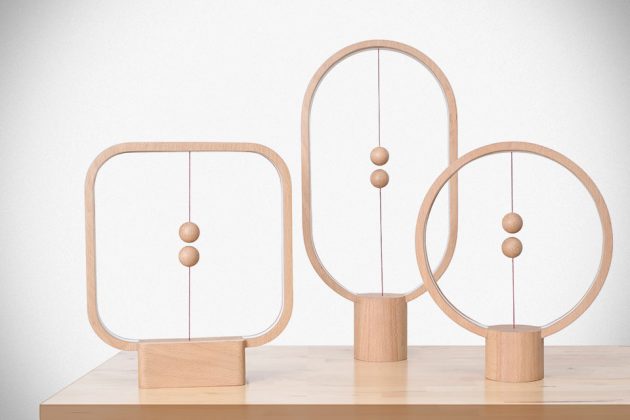 Source and animated GIF via Colossal