Rally car drivers do not share the same “glitz and glamor” like Formula One, but the skills and perseverance required for the job remains the same, if not more demanding due to the rough and extreme meandering roads. I am going to say that Rally driver is probably not the career many wished for, but in case you do, you can start by owning a real rally car, or better yet, a real winning rally car such as this 2005 Ford Focus WRC Winning Rally Car – a car previously under the wing of Works Ford World Rally Team, operated by Malcom Wilson’s M-Sport company. M-Sport, for the uninitiated, has been dabbling with Works Ford World Rally Team since 1997 and through its tenure, it has seen numerous wins and nurtured several aspiring rally drivers. 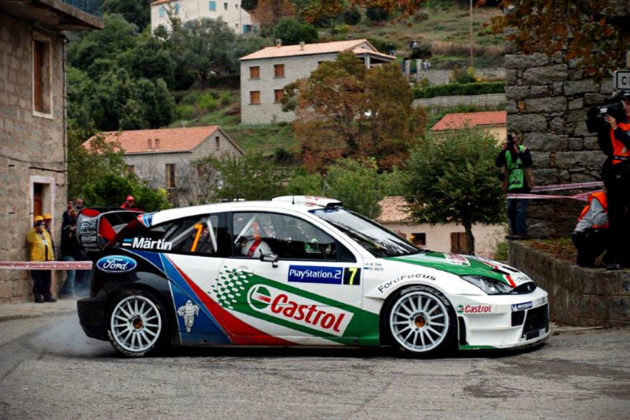 Based on the Ford Focus RS WRC 03, the 04 model has some 300 horses and 400+ lbs-ft of torque on the tap, delivered from its 1998cc turbo-four unit. It retired in 2005 (replaced by an 06 model) and was subsequently sold to British businessman Steve Perez. During Steve’s ownership, the car continued to compete in more rally races at national level, which it scored several trophies before Steve retires it in 2009. 50,000 Sterling Pound were invested into the car in 2014 to rebuild it by M-Sport, during which the car was reverted to it’s former Works colors as it finished on the winners podium in Catalunya 2004. The biggest draw of this car is perhaps the condition: it is in its 2005 specification and restored to the same condition (less the dirt and grimes from Catalunya, of course) and specification as it had left the factory, and it is all geared up to hit the dirt once more.

So if you want a piece of the rally car history that comes with an impeccable provenance and known history, this is the car. However, there is catch here: you will have to vie with Scrooge McDuckians motorsport enthusiasts when it hits the auction block at the Race Retro Classic Car Sale, organized by Silverstone Auctions, starting on February 20, 2015 (actual auction for this car will be on the 22nd). The car is expected to fetch between £180,000 and £200,000, so you may want to bring your check book along – or at least a couple of those no-limit cards.