If you’re going to travel over a variety of terrains, then you’ll be needing a rugged ride. One that’s built to take the beating the terrains could unleash on it. One like the Hov Pod Carbon Fiber Hovercraft. Touted as the first hovercraft to be made from carbon fiber, Kevlar and High Density Polyethylene (HDPE), the Hov Pod Carbon Fiber Hovercraft seats up to 8 person and is suited for a varieties of purposes, including leisure and personal transportation, fishery, search and rescue operations, and deterring of drug and people smugglers. It can also be outfitted to detect unexploded bombs in say, a desert and when configured with GPS mapping system and magnetometers, it can also serve as a big-ass metal detectors to locate and map UXO. 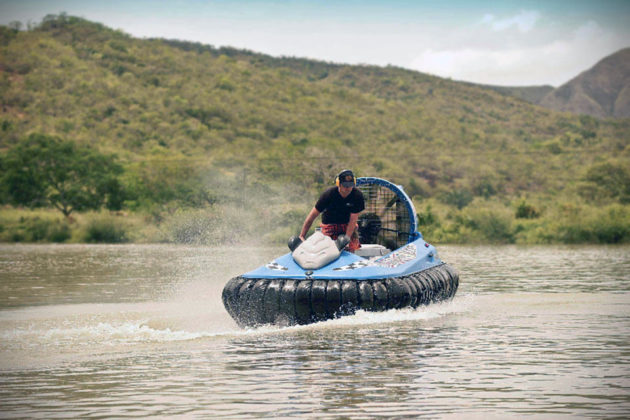 Unlike some hovercraft which uses two engines, one for hovering and one for thrust, Hov Pod uses just one and channels the air to allow hovering and forward thrust. The new Hov Pod Carbon Fiber Infinity is equipped with a 120 horsepower motor that’s capable of lifting 1,492 lbs when starting on land, or 1,105 lbs on water. Kevlar is used on the underside of the craft, together the rugged and lightweight nature of Carbon Fiber and durability of HDPE, makes Hov Pod Carbon Fiber a tough nut to crack. Furthermore, its 65 section polyurethane-coated anti-rip nylon weave skirt sections consists of four types, namely A, B, C and D, each having a different design to manage the air escape that will prevent ploughing effect, where the vehicle tends to nose dive on water.

Other worthy mentions include rear fan guards, IP65 and IP66 rated electrical connections, quiet and easy operations, and CAD/CNC digitally designed parts that are engineered to eliminate vibration, wear and component failure. The Hov Pod Carbon Fiber Hovercraft is a large craft, but unlike watercraft of its size which takes long delivery times, Hov Pod promised to deliver in 8 weeks or less. Price is upon application, so if you want one, you can touch base with the folks over at Hov Pod to fill them in on your requirements. 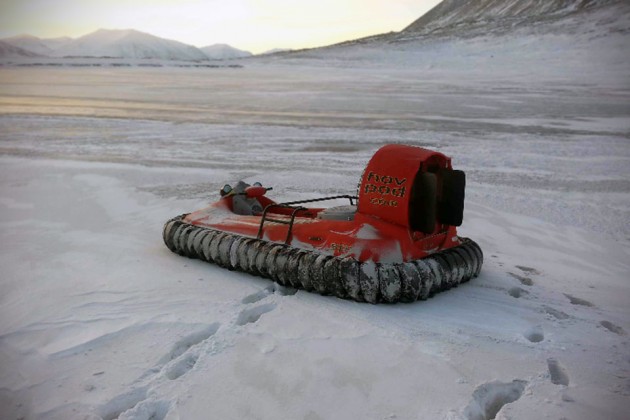 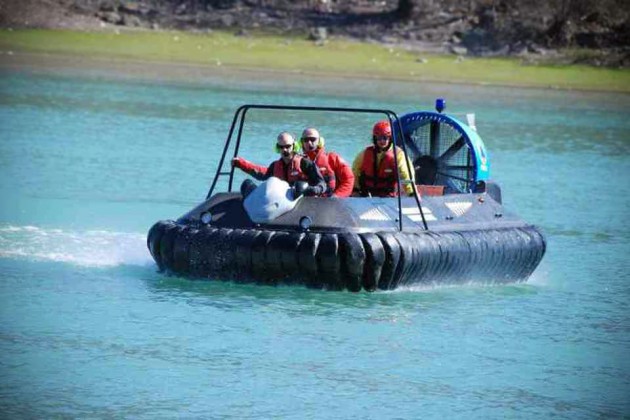