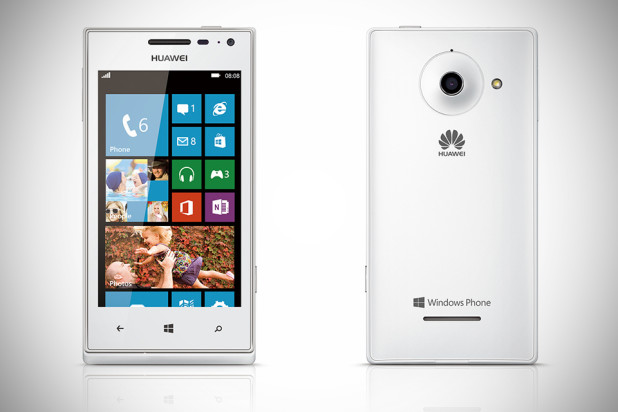 what makes a good smartphone? we would obliged to think that it takes more than just an intuitive OS. ‘more’ as in the design plays a pretty significant part of the whole package. Windows phone really could use a little help in the latter department and to us, the Huawei Ascend W1 Windows Phone might just make the cut. the W1 is the Chinese communication giant’s first Windows Phone 8 announced at the 2013 International CES at Vegas. if you are wondering about its size, no, it is not a giant phone (though it would be interesting to see giant handsets running on Windows 8). it has a regular 4-inch display of IPS flavor with OGS full lamination technology, offering a modest 480 x 800 resolution and power comes from a 1.2GHz Qualcomm Snapdragon S4 dual-core processor (MSM8230), while Adreno 305 GPU takes care of the graphics side of things. other features include 512MB RAM, 4GB of Flash memory, micro SD card slot (supports up to 32GB), a 5.0-megapixel autofocus main camera with LED flash, a 0.3-megapixel front-facing camera, WiFi and Bluetooth 2.1 (!) connectivity, accelerometer and a 1,950 mAh battery that boast an impressive 470 hours (that’s 19 in days) of standby time over 3G and 10.5 hours of 3G talk time. in case you don’t already know, that OGS thing supposed to offer brilliant visibility under any lighting condition – a feature which most China smartphone makers have been touting in recent time. beyond that, you have the usual, much touted, Windows 8 functionalities. the Huawei Ascend W1 Windows Phone will be dropping into the China and Russia markets this month with western Europe, Middle East, the U.S.A and other select countries to follow suit. learn more about the W1 HERE and don’t forget to check out a small gallery of what we thought as a pretty Windows Phone 8 after the break.