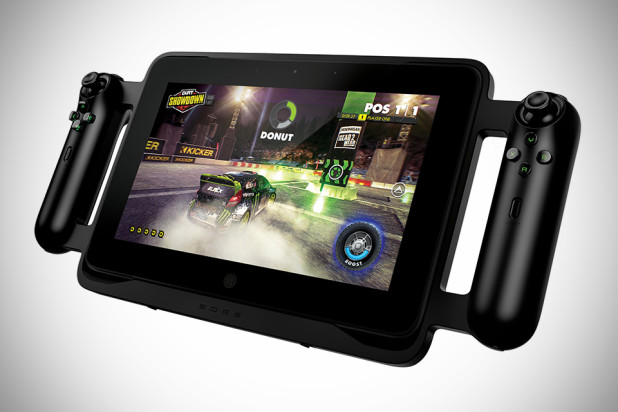 you have so much fun with your favorite PC game titles and that kind of makes you reluctant to leave your gaming throne, which needless to say, is not a very healthy thing to do. so it is time to pack it up and hit the road or your local Starbucks or similar and breathe the real air outside (probably the best for you, or at least better than the stagnant air in the dark den of yours) while not giving up on your game. but wait. you can’t really lug your PC around – not unless it is the Razer Edge Gaming Tablet. its name makes it sound like a tablet, tablet but it is really not. the Edge is touted by its maker as a tablet, a PC and a console, rolled into one. it offers four modes of use: as a tablet, naturally; as a laptop when suit up with the optional keyboard dock; or a portable gaming system with the optional Gamepad Controller; or docked it in the Docking Station to form part of your home console system. the latter basically turns it into a home entertainment PC of sort, complete with three USB 2.0 ports for charging your USB-powered gadgets, HDMI out, mic input and stereo out.