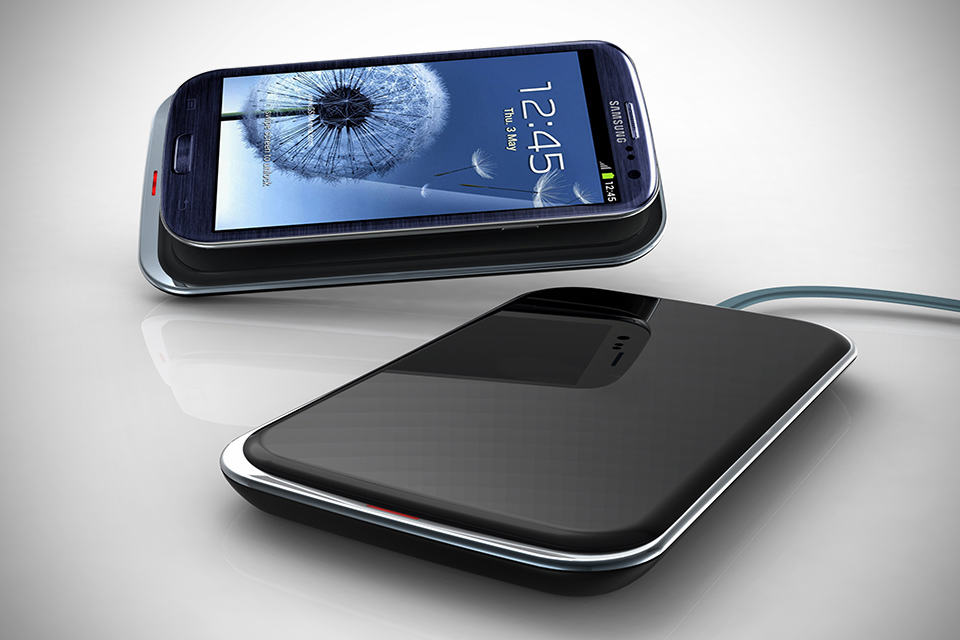 handset makers have yet to resolve the limited battery lifespan in today’s smartphones but still, that doesn’t stop consumers like us from fantasying about induction charging – a technology that would appeal to clutter-phobic folks and those who feel it is a chore to plug the device in. imagine the freedom of charging the phone simply by placing it on a mat. it is very appealing indeed. then again, induction charging – as far as smartphone goes – is still in its infancy but a little magic from some aftermarket accessory would do the trick and that ‘some’ comes in the form of iBattz SMART Wireless Charger. designed specifically for Samsung GALAXY S III, as well as Note 2, the SMART wireless charging kit comprises of two parts: the charging base (the pad) and the SMART charging adapter that fits seamlessly inside the S III or Note 2. once set inside, you are basically going to enjoy the freedom of an untethered charging experience. let’s face it: the S III and the Note 2 are great smartphones – well, they are almost great – but with this yet-to-be-priced accessory, they just gets perfected. the system uses the universally accepted ‘qi’ standard – a standard that is being used by major auto makers, which means soon you will be charging your SMART-equipped S III or Note 2 with ease even when you are in transit. iBattz is showcasing this new technology in the North Hall at the 2013 International CES, booth #5428. so if happens to be there, do yourself a favor – skip the casino for a few hours and check them out. if you can’t, then scroll down for a few more imageries.