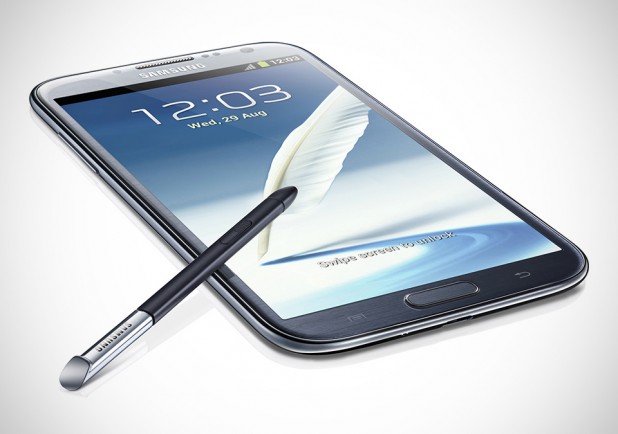 apart from GALAXY S III, the one other thing that draws the limelight to Samsung is the perhaps the Note. it rattles the can not because of its performance but mainly for its sheer size as far as a smartphone is concerned. we have some hands on with the original Note when it was launched which we must say, less than ideal. nevertheless, it was still popular among digital content lovers and Internet addicts alike and hence, it is a model that Samsung will not ignore and hence, the birth of the Samsung GALAXY Note II. sporting a generously large 5.5-inch HD Super AMOLED touchscreen display that readily accepts touch from both stylus and fingers, the new Note II is driven by a 1.6GHz quad-core processor and runs off the latest Android 4.1 Jelly Bean.

other features include a 8.0-megapixel BSI autofocus main camera with LED flash, a 1.9-megapixel BSI front-facing camera, 2GB RAM, up to 64GB of onboard storage, microSD card slot (expandable up to 64GB), a 3,100 mAh Lithium-ion battery, and the usual condiments of sensors and connectivities, including A-GPS, Bluetooth 4.0, USB 2.0 host, dual band WiFi, WiFi Direct, mHL, NFC, accelerometer, RGB light, digital compass, proximity sensor, gyroscope, as well as barometer. also chucked within is a suite of Google services such as Search, Maps, Gmail, YouTube and the likes, plus access to Google Play. notable enhancement includes Air View for hovering the S Pen over an email, S Planner, image gallery etc to preview the content without opening it, improved multitasking capability, and a newly designed S Pen.

the Samsung GALAXY Note II comes in either Marble White or Titanium Gray and is slated to be available this October. naturally, price is yet to be announced. hit the jump for a few more closer look at this upcoming large size smartphone from Samsung.