While most bus makers are embarking on electric and natural gas as alternatives to fossil fuel to power their buses, one UK company chose to use food waste and human poop to drive its 40-seater Bio-Bus. Yes. You heard us. A bus that’s fuel by human waste. Aptly nicknamed “the number two”, this breakthrough alternative fuel may be running on those foul smelling stuff, but it does not smell as bad as it sounds. the waste treatment plant that produces the fuel is actually odor free, though we can’t say the same for the passengers on board who might have had flatulence-inducing meals prior to the journey. The Bio-Bus is a creation of waste treatment company GENeco that turns millions of cubic meters of sewage waste and food waste into this sustainable fuel. 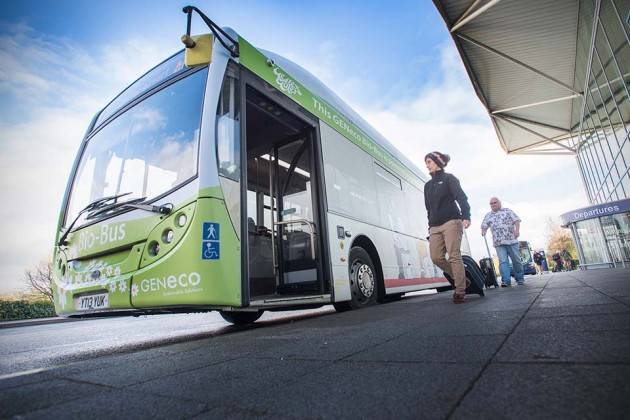 It is estimated that GENeco processes 75 million of cubic meters of sewage waste and as much as 35,000 tons of food waste each year at its Bristol sewage treatment plant. An anaerobic digestion process captures the methane-rich biogas from the solid waste, which is subsequently scrubbed of impurities to achieve the composition on par with natural gas. GENeco said its Bristol plant produces a whopping 17 million cubic meters of biomethane a year, which is enough to supply 8,300 homes for a year and to a new refueling station for Bio-Buses. However, it is not 100 percent environmental-friendly as the fuel still creates carbon dioxide, but contributes 20-30 percent less CO2 over a diesel bus. In addition to that, it is cheaper than going all-out electric and the process also makes use of the methane that would otherwise be burned off in a landfill.

Best of all, it is a renewable and local fuel source – meaning the people living in the local area are actually powering the bus. GENeco estimated that a passenger’s annual food and sewage waste could fuel the Bio-Bus for a 34 mile (55 kilometers) trip. Wow. Seriously, I never would have thought that the waste generated by our body could take us that far. 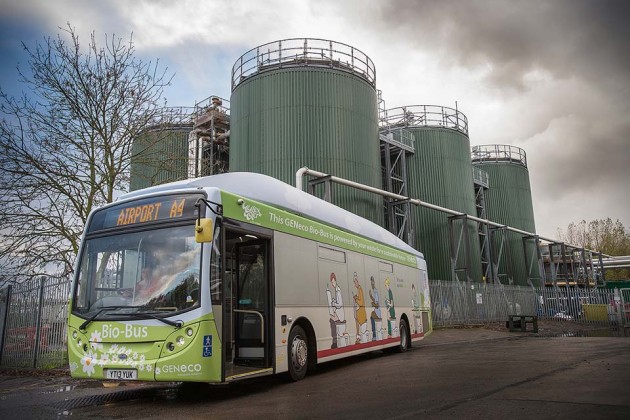