So you think you’re a geek? Well, not quite, unless you begin the day with something truly geeky, such as munching on a keyboard… shaped waffle. You do realized that we’re not saying that you should eat keyboards, don’t you? Anywho, The Keyboard Waffle Iron is a consumer usable version of the original which first appeared about seven years ago that will let you realize the keyboard-shaped waffle. But according to the Brooklyn-based designer Chris Dimino, that original design which is based on a Corona-matic typewriter, dates back as far back as 2001 when he was tasked to repurposed old item for new use. Not surprisingly, the Corona-matic waffle iron went viral and the rest is, as they say, history. Today, your hope of snacking on keyboard-shaped waffles is almost a reality and in a more ‘practical’ design made of cast aluminum. 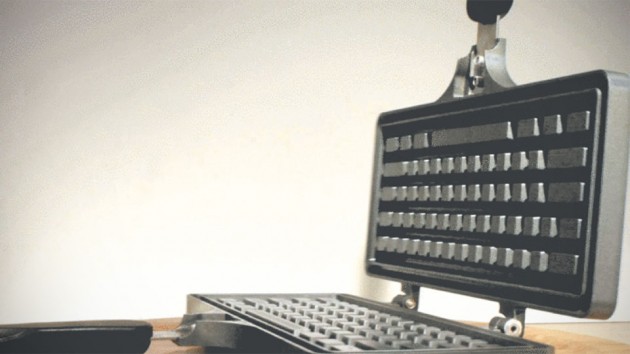 However, this isn’t the usual waffle maker you may have come to know. It is an iron and therefore, you will need a stove, grill or any cooking surface in order to turn the liquid batter sandwich between the die-cast aluminum into delicious*, crispy golden brown waffle (*delicious is subjective and depends very much on your batter skills, or whatever batter mix you purchased). The original creator, Chris, has taken to Kickstarter, looking to raise $50,000 to get this keyboard mold into production and for just 60 bucks, you will pre-ordering one and helping Chris (and all geeky persons, including yourself) to move one step closer to realizing this geeky breakfast maker. Hit the jump for no-frill pitch video which contains everything you need to know about this awesome creation and if you fully convinced keyboard waffle is what’s missing in your life, then proceed to order one and keep your fingers crossed that it gets funded. 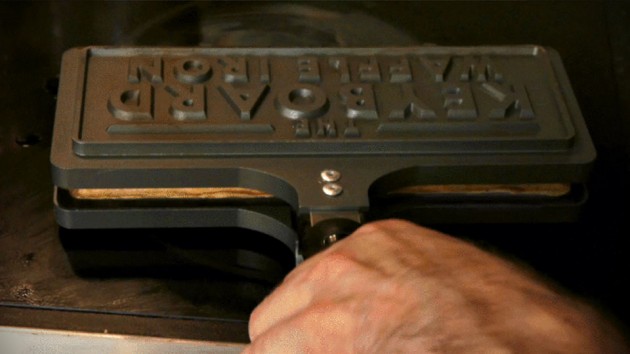