You can’t call yourself a true trekkie if your humble abode or man-cave does not look like the interior of the U.S.S. Starship Enterprise. Or maybe not cos’ not everyone is that rich, but at least, you will have a bunch of stuff that you uses daily to remind you of your all-time favorite sci-fi show. You know, stuff like Star Trek TOS Captain’s Chair (maybe even an inflatable one), auto sliding doors complete with ‘swoosh’ sound effect, a bar fridge that looks exactly like the Borg Cube, or maybe a Phaser that’s actually your TV remote? If you already have all those checked, then here’s the Star Trek: The Next Generation Uniform Bedding Set to add to your Star Trek-ish pad. 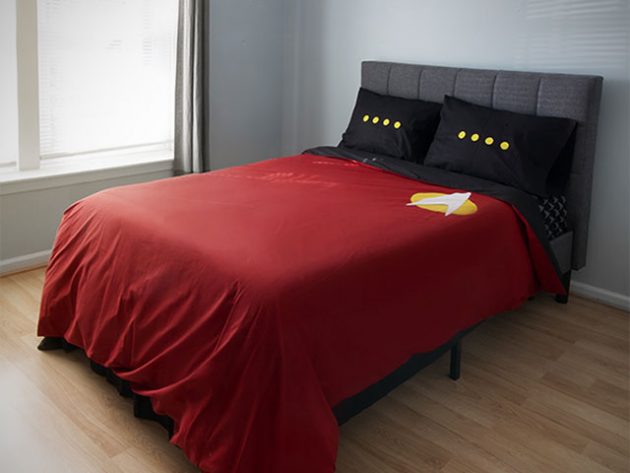 There’s nothing fancy or high-tech; it is just a choice of duvet cover or sheets with Star Trek theme and in this case, that would be Delta Shield pattern for the fitted sheet, four Rank Pips on the pillowcases to mark your status as Captain, and duvet cover in red because as a Captain of your bed, you are naturally from Command branch. The red duvet is finish off with a Communicator Badge at the top right corner to complete the uniform’s look. And nope. We don’t think the Delta Shield pattern fitted sheet was the crew’s underwear design. Available from our favorite geek store, ThinkGeek, the Star Trek: The Next Generation Uniform Bedding Set retails for $49.99-89.99, depending on the size and whether you opt for sheets or duvet. 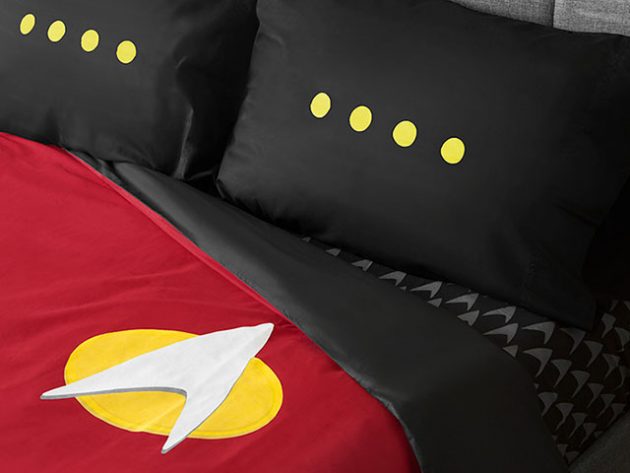 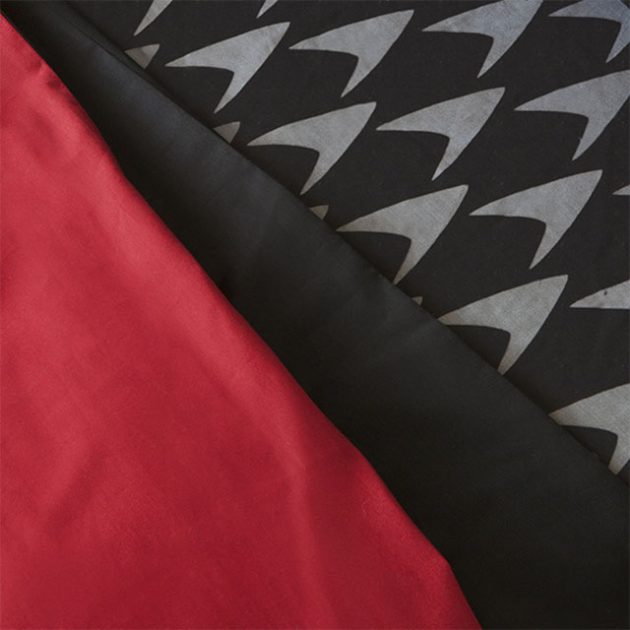 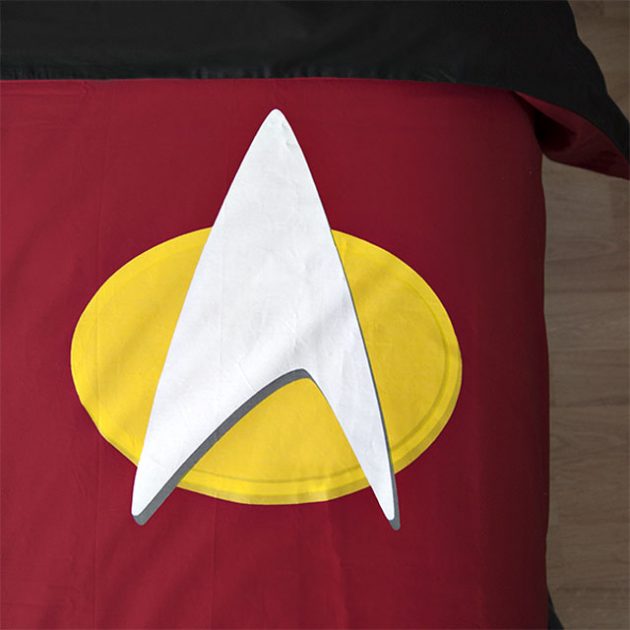