The water that we use to clean our body is of significant amount and while we strive to be conscious about how much we use, those shower singalong session may have time eluding us, and hence, a waste of water for the same cleanliness (but with the strange satisfaction of shower crooning). Sometimes we just need a gentle reminder that you are overdoing it in the shower and this, my friend, is what Smart & Blue smart showerheads can help. 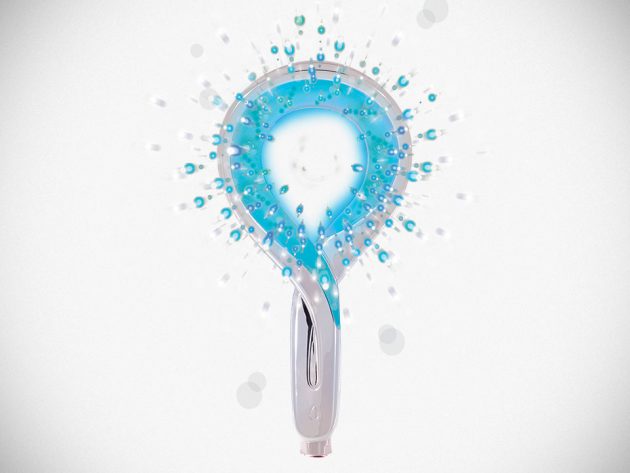 Unlike the art installation, Spiky Shower, that uses inflatable ‘spikes’ to shoo you out of the shower, Smart & Blue smart showerheads, called Hydrao, uses a variety of LED light to tip off on how much water you have used so far. Like, for example, 0-3 gallons water used will be green light, but it turns to blue when water usage goes beyond 3 and less than 5. It will continue to change color as the usage becomes higher and when it turns red, or worst, flashing red, that means you are in there way too long and your skin on your fingers and toes should have already shrivel up like an old prune. Ok, maybe not, but you get the idea. 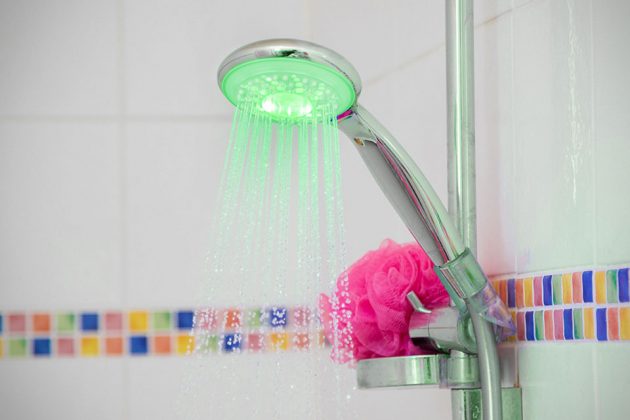 The idea is, you have used too much water and it is time get out. The different light assigned to the different level of water usage can be customized, via a companion, to your preference and so is the amount of water that will trigger each light color, so those with long mane can set it for a little longer than those who is bald or has short crop hair. You can also use the app to check up your water usage so you will always be in the know and therefore, hopefully, be more conscious the next time you hit the shower.

NOW READ  Kohler Wants Bathroom To Be Touchless, Including The Toilet And Faucet 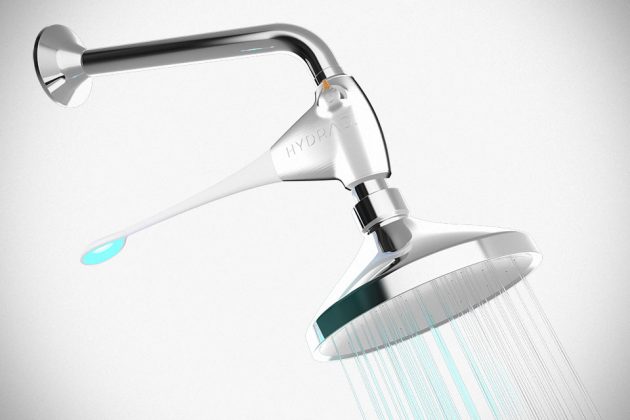 The showerhead, which is a direct replacement for the existing showerhead, communicates with your smartphone via Bluetooth and the most brilliant thing about Hydrao is, it needs no battery replacement, nor plug to to a socket; it generates the energy necessary to power the BT and the LED light through a built-in internal hydro turbine. We told you it was brilliant, didn’t we?

Three models of smart showerhead are being introduced: Hydrao Loop, Hydrao Drop, and Hydrao First. The Loop and First are complete showerheads with integrated LED, while the Drop is an add-on for existing shower without having to remove the original. Think Drop as a read light of sort, but for shower. Hydrao First is available for pre-order, as we speak, starting at $99, while Loop and Drop are slated to hit the market in Q3 2017 for $199 and $99, respectively. 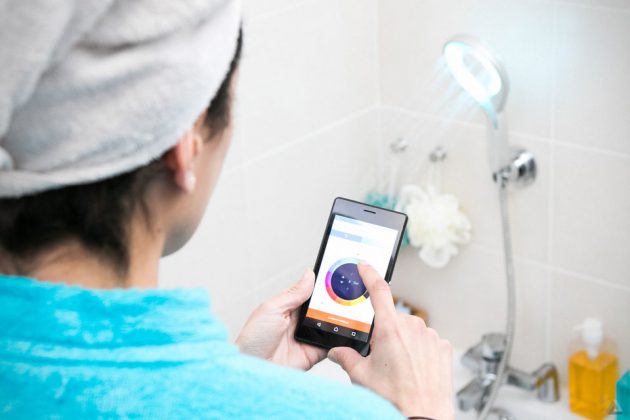