Set-top box, Apple TV, media player, game console and in some instance, even the good’ol Bluray player, or god forbids, a DVD player, are gadgets one would find stash on the shelves of the TV console of a typical home entertainment buff. Obviously, the result is not impressive, but clutter and this is an area where AirTV can help. It may not replicate every devices, but it could keep you entertained the same, if not more with very much less clutter. Best of all, with an optional antenna adapter, it can even let you watch local, over-the-air channels right from the same interface.

Now, tell me if that isn’t awesome, what is. 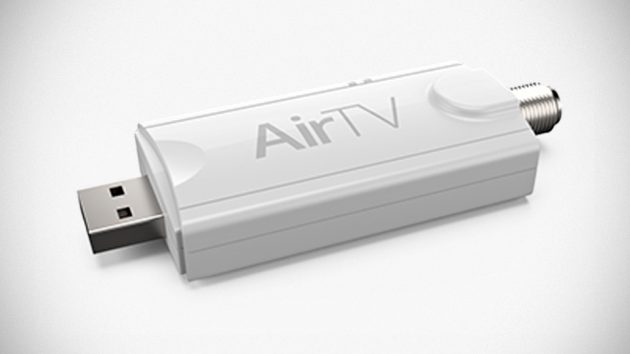 But why is this important that it can do that? Because, you will save yourself the hassle of turning on one device and turning off another just to watch local channels and also as importantly, you only have to deal with one remote as AirTV included remote also controls the TV and audio device. Speaking of remote, it is voice command capable, much like Amazon’s and Apple’s which should make searching for what you want far easier than on-screen character-by-character method.

Furthermore, AirTV runs on Android TV which means the possibility of entertainment is way beyond Netflix, YouTube, and Sling TV – all of which are pre-installed on the device out-of-the-box. Also, it supports eye-watering 4K streams too, so if you just gotten yourself a 4K TV during the recently past holiday season, rest assure that the pixel-packed display of your prized acquisition will have the opportunity to shine.

If you don’t already know, AirTV is from Dish, the same company behind Sling TV streaming service and therefore, it is of no surprise that this little white box also shares the same Sling TV interface. Speaking of which, if you acquire an AirTV Player, you will also be gifted with a $50 credit for Sling TV, so you can couching potatoing right away. Though I concede that just Netflix and YouTube alone would be suffice to keep me busy for a very long time, save for the time that I need to get up and switch out the worn-from-my-persistent sitting couch.

AirTV is available via AirTV’s website, priced at $99.99, or $129.99 for AirTV Player plus Adapter Bundle. If you so choose, the adapter can also be procured at a latter date, but you will need to fork out $39.99 for it, which is 10 bucks more than if you were to buy both as a bundle deal.