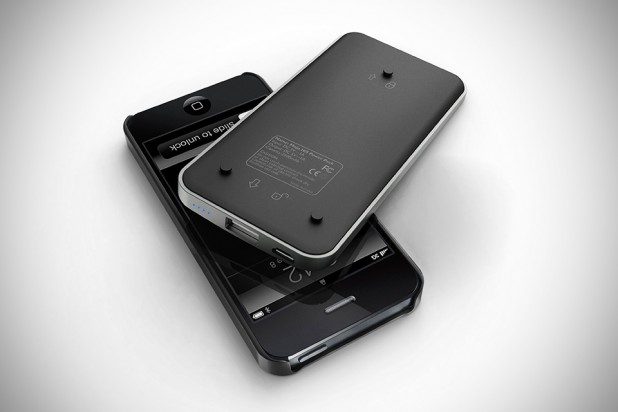 iPhones are pretty cool and though lacking of real innovation, the 5 is still quite a looker (and still as intuitive, thanks to iOS 6) but not without shortcomings such as susceptible to scratch and limited battery life. seriously, if you are going to use your iPhone 5 as a fashion accessory without putting a finger on it (who does that anyway?), then probably the latter is not much of your concern but for the rest of the regular ‘abusers’, iBattz Mojo Hi5 Powerbank Case is here to solve the two biggest woes associated with the 5. the Mojo Hi5 case comprises of two parts: a thin protective case and a detachable 2,500 mAh aluminum-clad battery and hence, users can choose to use it as a regular case without the battery and choose to slip on the battery portion when the need arises. as an added bonus, the 2,500 mAh battery can doubles as a battery pack for other USB-powered devices too. the only less than ideal thing about this is, a short flex cable (included) will need to be used when hooking up the battery pack with your iPhone 5 (yes. even it is piggybacking on the case) which can be quite unsightly but we guess when your phone is running dry, being ugly is probably least of your problems. the iBattz Mojo Hi5 Powerbank Case for iPhone 5 will be available from December 8 with a price tag of $79.90.