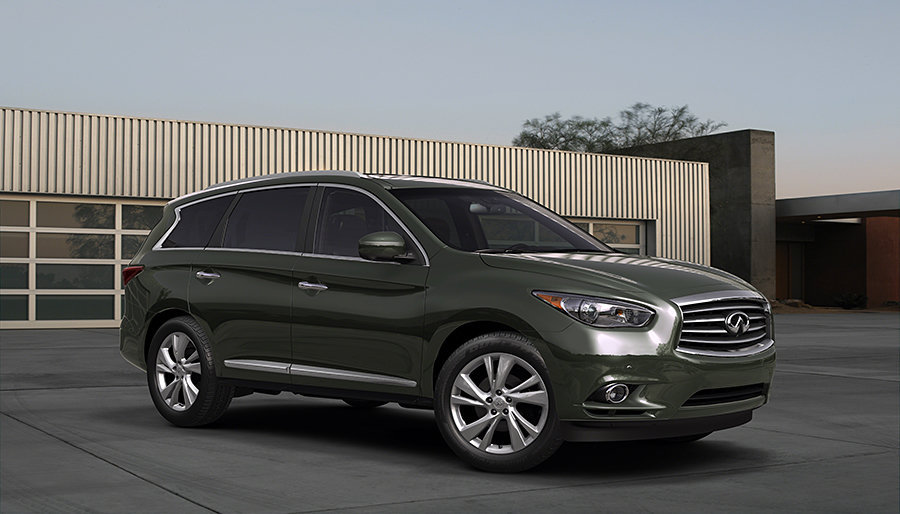 after much anticipation, the Infiniti JX concept crossover finally broke its cover at the Pebble Beach Concours d’Elegance last week. though the public may have a glimpse of the real deal but no hard specifications were announced. well, at least not in the press release anyway. what is known is that the crossover will be a three-row, seven-seater luxury crossover and will be joining the Infiniti lineup sometime in Spring 2012. the eventual JX crossover will include safety features such as Blind Spot Intervention and a new safety feature dubbed as Backup Collision Intervention. the latter acts much like the reverse sensor that detects crossing objects behind the vehicle and, if necessary, the system will automatically put the brakes on to prevent any potential collision.
[ad#Google Adsense-text-468×60]

other known features include a 14-speaker Bose Studio Surround sound system with Waveguide bass technology and an advanced Infiniti Connection Telematics system that allows automatic sync of the owner’s calendar – presumably, appointments at certain locations – and offers navigation to the appointed location. sounds pretty exciting but sadly, Infiniti is not part is not available in this part of the world. however, we hope that these developments and technologies will eventually trickle down to Nissan’s cars someday. since most of us did not happen to be at the Pebble Beach Concours d’Elegance last week, why not check out some official images of the JX concept after the break?