Remember Lytro? The ‘shoot first, focus and refocus later’ camera? Well, Insta360, the company that specializes in 360 imaging devices, has up the ante. Granted, Insta360 ONE can’t actually let you focus and refocus later, however, the camera’s “FreeCapture” technology” does allow you to shoot a 360 footage and decide on which part of video to retrieve as stills or as a short 1080p clips. I don’t know about you, but to me Insta360 ONE is nothing short of a dream come true. I have always imagine this to happen in the future, but it looks the future is already here. 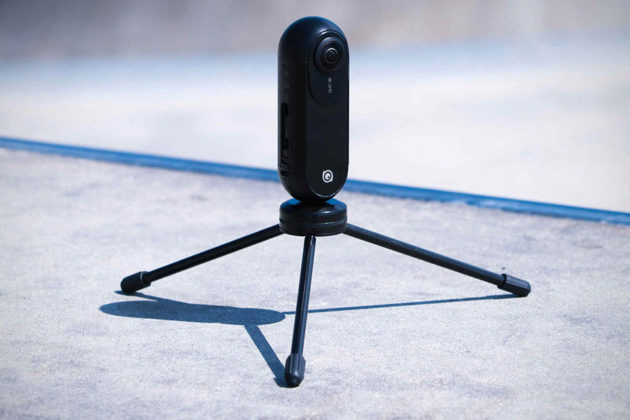 All this while I have been wishing for a camera that captures footage in 360 degrees which will allow me to pick out stills and/or clips at a later time. In this way, I never have to bother about where my focus is. I can just keep on recording and decide where the focus should be when I am ready to do so. Looking at what Insta360 ONE have promised, I can’t possibly disagree when Insta360’s CEO said that ONE is the most versatile 360 camera in the world. Perhaps even more amazingly, Insta360 ONE can do so in 4K video resolution at 3,840 x 1,920 pixels at 30fps, or at a more modest 2,560 x 1,280 at 60fps, and record stills at 24 MP. 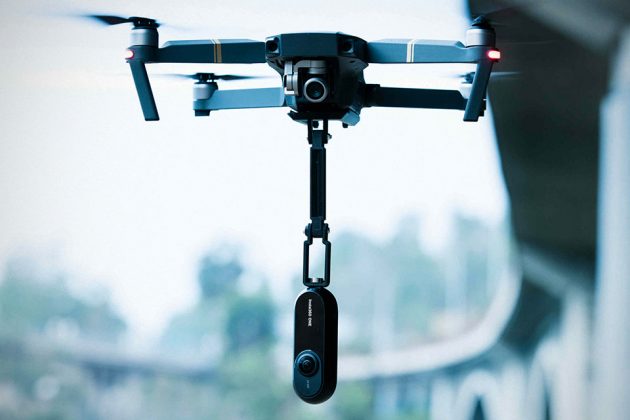 And those are not it; it can also do slo-mo at up to 240fps, albeit achieving algorithmically, and it has a 6-axis gyroscopic stabilization to boot too, so your images and videos should be smooth. Finally, there’s the SmartTrack feature which you can choose the subject of focus in a 360 video and outputting a 1080p quality video that will have the subject in the center of the frame, always. Insta360 ONE’s versatility extends beyond imaging; it is equally versatile on how it can be use. For starter, it offers no less than three ways to use it: as a standalone camera, wireless via Bluetooth, or connecting to your device’s charging port. There is, of course, a dedicated app to make all these happen. 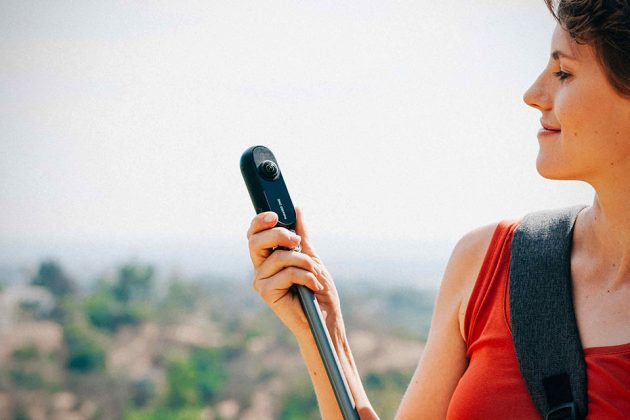 Interestingly, Insta360 have developed a way that eliminates the nagging issue of selfie stick appearing in the footage. Yea. That annoying stick won’t be sharing the spotlight with you and the scenery because this purpose-built selfie stick will magically disappear from the shot when used with the camera. How that is even possible is beyond me. Anywho, if you are impressed what Insta360 ONE has to offer, you may consider a unit from Insta360 website for $299.90 a pop.

But before you go, you ought to know that Insta360 ONE is currently compatible with iOS devices only. Android version is said to be “coming soon.” When? Well, no date was offered at this point. Also, it is good as an action cam too, but it is worthy to note that it is waterproof by itself. Instead, an optional IP68 waterproof housing has to be used which will allow it to work at up to 30 meters (98 feet) depths. Keep going for the product intro video. 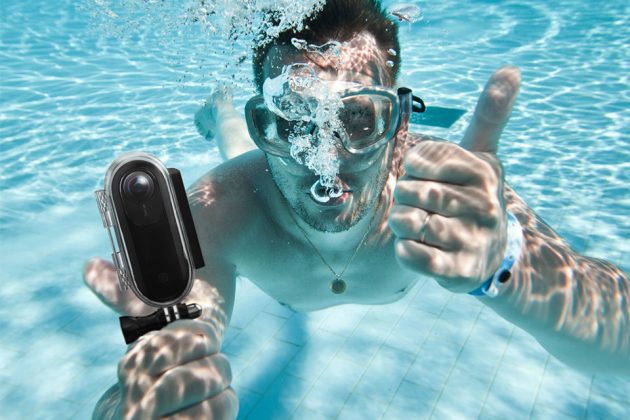