Electric car, electric bicycle and, to some extend, electric motorcycle are becoming increasing common. However, if the world really wants to get rid of emissions entirely, we will need to address the other prevalent transportation, namely, commercial buses and trucks. Lucky for us, someone is already looking into those, coming up with the idea of battery-powered buses and even one that is powered by human waste (apparently, with none of the smell). As for trucks, there is still no sight of all electric trucks coming our way except for an electric highway to power electric semis that has been undergoing trial in Sweden. But today, that changes when Cummins Inc., the global maker of Diesel engines, unveiled an all-electric powertrain concept truck. 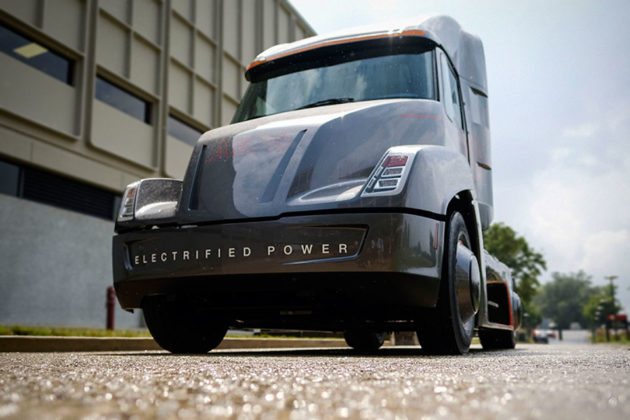 The concept truck, a class 7 demonstration Urban Hauler Tractor designated AEOS, features electric vehicle-requisite regenerative braking system to give back some energy whenever braking occurs and according to the horse’s mouth, solar panels can be implemented on the big rig’s roof to help boost its modest 100-mile range offered by its 140 kWh battery pack. Apart from the obvious lack of range a truck of such nature requires, it is very much the big rig you expect, well, at least it is, on the hauling aspect. Its electric motor has enough power and torque that of a 12L gas-powered variety and it is totally capable of hauling 44,000 pounds (nearly 2 tons) of cargo. 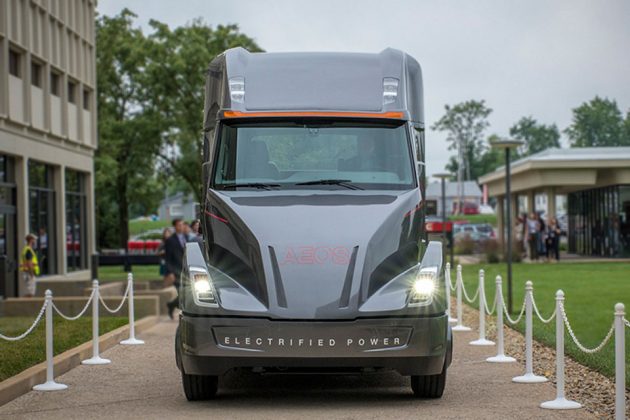 As mentioned, 100-mile is not quite the ideal for a semi, but according to our source, there’s talk of dropping in extra battery packs into AEOS to boost the range to 300 miles to match Tesla’s future electric big rig which promised between 200 and 300-mile range. The prospect looks bright for cargo-moving semis, even more so now that more companies are seriously looking into potential of electric drive for such transportation.

However, do not expect to see this futuristic truck plying the highways anytime soon. Words have it that a production model won’t happen until a couple of years later. So, while Cummins may have beaten Tesla to putting out an electric big rig for the world to see, odds are, Tesla could be the company that will put some on the roads earlier. Whoever does so first, does not really matter to us because we will still benefit from less harmful emissions. 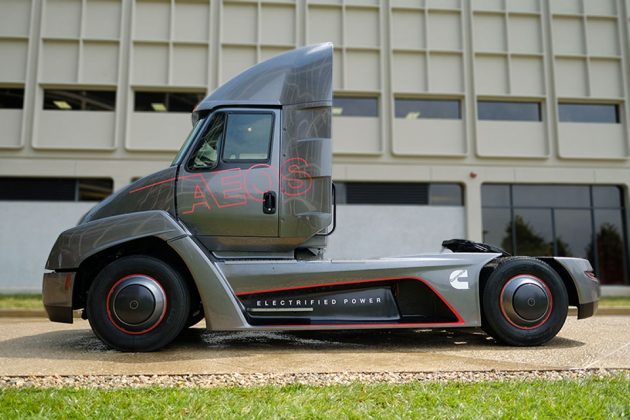