looking at the current battery technology, we’d be lucky to see cars going electric, but BYD Motors is apparently undeterred and confident with the company’s own Iron-Phosphate Battery has created the world’s largest electric vehicle, an articulated 60-foot passenger that sits 120 and capable of traveling over 170 miles (274 km) on a single charge. the eBus, called Lancaster, has been in development for nearly two years and is the Chinese company show of their committed to the American Rapid Transit markets. officially unveiled at the 2014 American Public Transportation Association (APTA) Expo in Huston this week, the bus is named after the city in California where it was designed and built. the Lancaster facility now employs more than sixty Americans to build electric buses and energy modules. 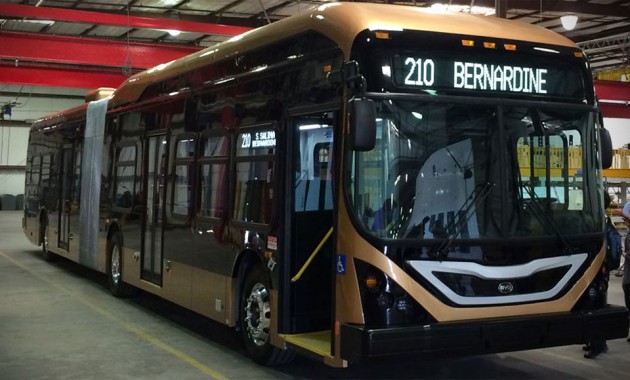 the battery technology used, the Iron-Phosphate Battery, is said to be fire-safe, completely recyclable, and has long-cycle technology. BYD Motors Fleet Sales VP Brendan Riley said “these buses run entirely off battery power lasting up to 24 hours on a single charge, with single off-peak charging time of 2-4 hours” with no additional generation capacity needed since the buses recharges at night when the grid is only 40 percent utilized. the 60-foot Lancaster is drive forth by in-wheel hub motors which allows the bus to be designed with low floors that dispense with the need for steps, making the bus elderly and disability-friendly. at the show, BYD also showed off a 40-foot battery-electric transit bus from Antelope Valley Transit Authority (AVTA) that have covered over 1,500 zero-emission miles when it made its way from Los Angeles to Huston for the Expo under its own power.

the buses were tested by AVTA during the hottest period of the Lancaster summer in August with full air-conditioning running and loaded with 5,250 lbs of sand bags to simulate a full passenger load. the 40-footer made nearly 100 miles more than what was listed on the spec sheet, traveling up to 250 miles per charge. the bus made nearly 750 miles in 24 hours and the whole journey used about $200 in electricity, which AVTA Board Chairman Norm Hickling claims to be “the lowest cost trip to the show of all buses.” what BYD buses have achieved is a significant milestone and it is important one at that since the realization of widespread adoption of private transportation is still far from possible. taking the electric movement into the public transportation is the next logical step in reducing harmful emissions at national level. 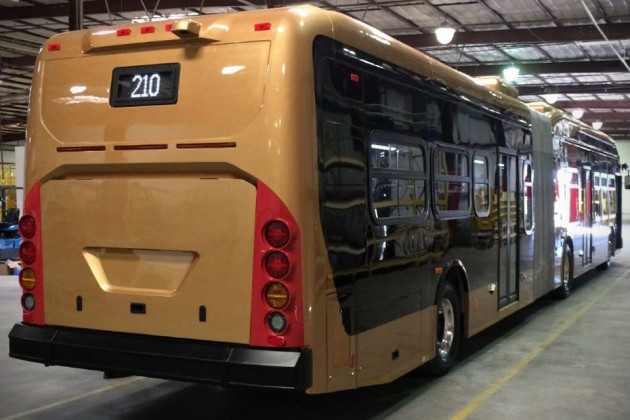 special thanks to Michael for sending us the awesome images.