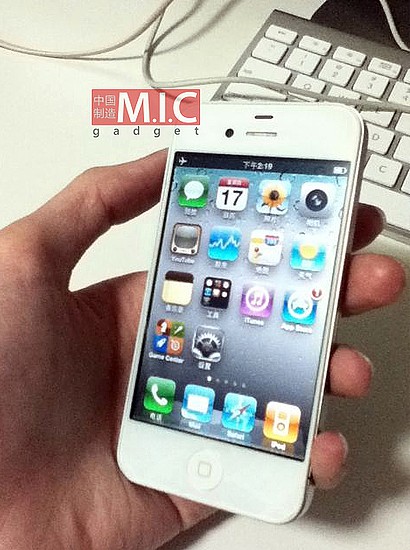 there is no doubt that Apple is one heck of successful tech product company of our time. it has succeeded in generating much interest and along with it, rumors that surround its upcoming products and to extend, its management team. well, here it is yet another speculation. what you see here could be the upcoming iPhone 5. however, Apple has reportedly pushes the release of the iPhone 5 till fall and hence, we have reasons to believe this could be an interim iPhone, which 9to5mac has coined it as iPhone 4S. i wished.
[ad#Google Adsense-text-468×60]

it could very well be a knock-off product, but it could also be a real iPhone 5 or 4S in the making. as witness from the image, this purported new iPhone has a much larger display with edge-to-edge glass which already have me half-sold. on the aesthetic aspect, i certainly hope to see aluminum backing that most original iPhone users are so fond of. performance wise, if its a so-called 4S, then i certainly don’t hold up much expectation unless Apple is kind enough to throw in an A5 dual-core processor and a bigger RAM. whatever it is, i certainly can’t wait for an official announcement.