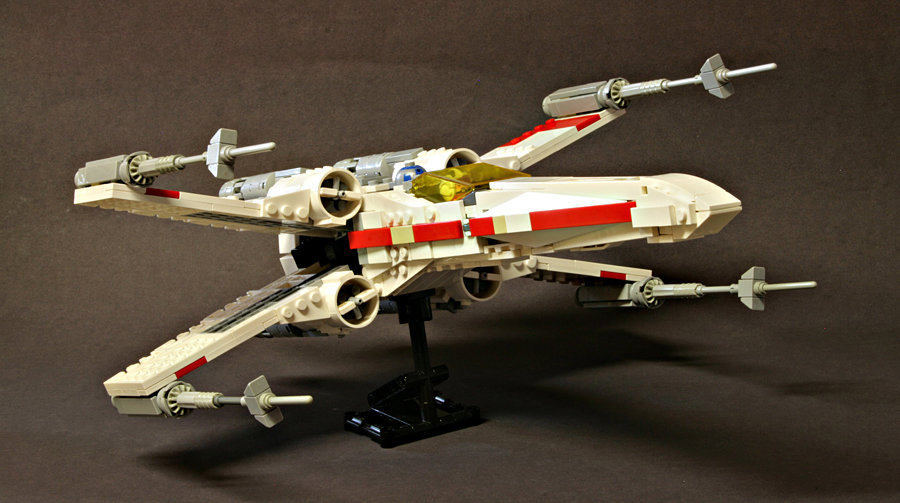 we have seen many beautiful custom LEGO projects and the latest to be featured here this custom X-Wing Starfighter created by one Mike Psiaki. so what’s so special about this X-Wing? well… first off, The Brothers Brick has billed it as the “Best LEGO X-Wing” yet and you know that is not something to be taken lightly if those words came out from the mouth of The Brothers Brick. the creator has worked extensive details, employing every new and existing Techniques parts to sculpted an incredible detailed Starfighter. Mike even went to the extend to make the landing gear retractable! wow. i am totally awe by it. i hate to say this but LEGO should be ashamed for putting lame sets of X-Wing for us to buy. this is the kind of details that we, fans of LEGO, wants. LEGO, are you reading this? get in touch with Mike and draft this into your next season’s production. check out a gallery of this awesome LEGO creation by Mike Psiaki after the break. trust me, you won’t want to miss this.
[ad#Google Adsense-text-468×60]