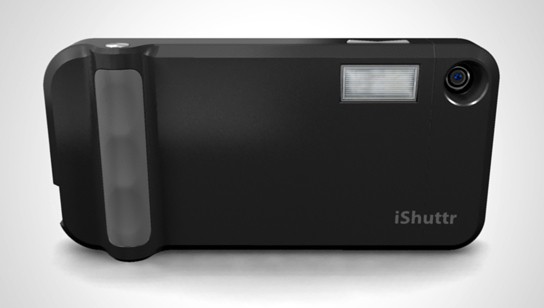 even though iPhone’s photo quality is less than ideal, there are still many who swear by its camera function. aside from quality, there is another thing that is hampering an otherwise enjoyable hobby of iPhonegraphy and that’s the flash light. the built-in LED flash is hardly useful with its effective range of a meter or less. what iPhone shutterbugs need is a real firing flash, like those you find in any point-and-shoot camera.
[ad#Google Adsense-text-468×60]

it looks like some folks have a perfect solution by the way of iShuttr. the iShuttr is touted to be “the only case in the world with a real firing xenon strobe flash” which makes it look like there’s hope for low light iPhonegraphy after all or at least it seems like the case. iShuttr not only gives you flash, in an effort to transform you iPhone 4 into a full-fledge (or close) point-and-shoot camera, it has an external shutter release and zoom buttons for that added feel. if that’s not enough, the case even sports a tripod mount thread for mounting on any standard tripod. all these features are house within a casing that doubles as a protective case for your iPhone 4. hit the jump and catch a intro video of the iShuttr.

the iShuttr has a built-in battery pack, hence there are no worries of draining of your already poor performing battery of your iPhone. by now you may have guessed it. this is another project on Kickstarter. Robert Haleluk and his fellow folks are seeking your support to make this product a reality. so if you are an iPhonegraphy-head who’s in search for the ultimate in iPhone photography, then head on to iShuttr’s Kickstarter page to make your pledge. for a pledge of $50 or more, you are essentially pre-ordering the iShuttr, along with some other freebies. 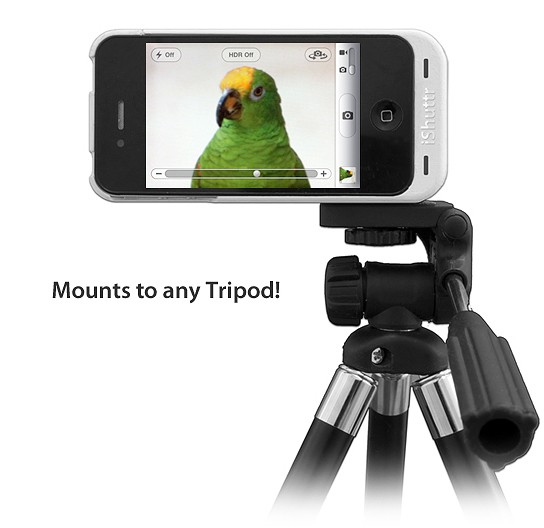