You know how some movies always have police arriving to the scene after the criminals had vanished into the thin air? Well, this piece of “news” about this Doritos of epic proportion is something like that. Why? Because, it is gone. It is no longer available. Kind of like bridge under water as saying goes. Still, we find the product and the product trailer, starring B.D Wong as the geneticist from the Jurassic World franchise, is too fun to pass off as old news. 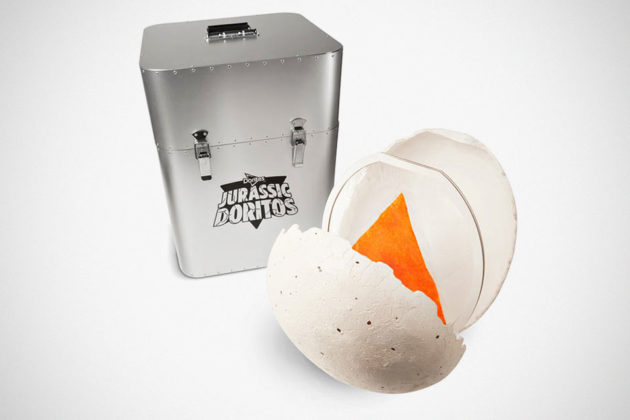 Aptly called Jurassic Doritos, this giant version of the iconic snack was launched in celebration of the Jurassic World: Fallen Kingdom and it was not for sale; it was destined as a give-away. Back in June 22 to July, Doritos lovers had a chance to enter to win one giant-ass chip everyday. So, yeah, at this time, some 11 fortunate folks should have one Jurassic Doritos in their possession. 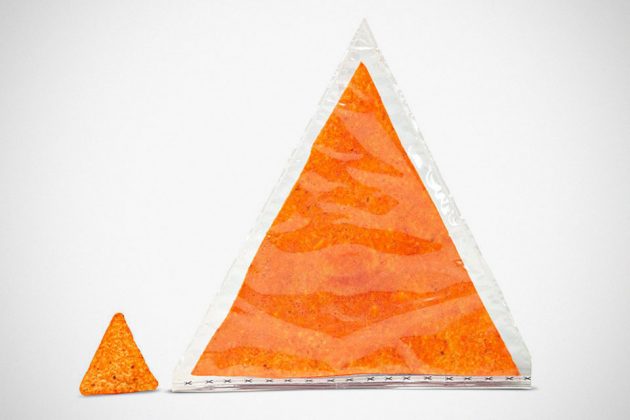 Anywho, the Jurassic Doritos is, according to Jurassic World’s lead geneticist Dr. Henry Wu (played by B.D. Wong), was the result of the integration of Doritos DNA and that of dinosaur’s (no mention of which species, though). The resulting hybrid chip is 18 times bigger than the Doritos you have been accustomed with and even more awesome is, the packaging has 3,400 times less air. Well, it sure sounds like it is an epic chip and it literally is.