Humans are a weird bunch of creatures. Even though our vision already covers nearly 180-degree field of view, we wanted more. Obviously there is nothing much we can do about our natural eyes, but thanks to technological advancements, we are able to enjoy 360 degrees vision, albeit through a monitor or in the form of recording after the event, with video cameras such as this one from Kodak known as Kodak Pixpro SP360. It is an action camera that offers incredible 360 degrees recording through a 16-megapixel MOS sensor. Video quality maxes out at 1080p at 30fps, while still images are captured in 10-megapixel. It also boast features like 10fps burst shooting, WiFi connectivity for wirelessly hooking up with your mobile device (iOS or Android devices) for remote viewing and controls from up to 65 feet away, and NFC for quick pairing. 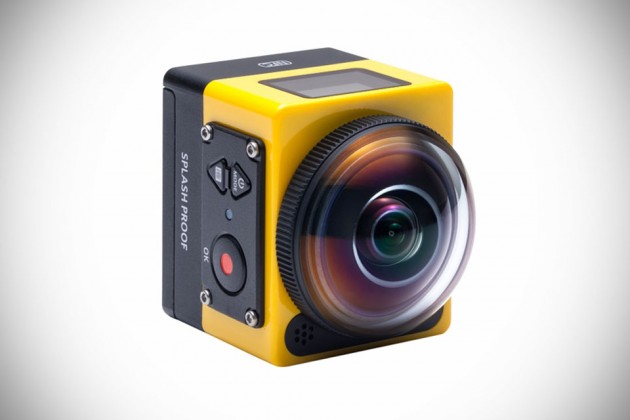 Additionally, it is built to rough it out with your extreme activities and it is dustproof (IP6X-equivalent rating), water resistant, freezeproof (down to minus 10-degree Celsius) and shockproof, shrugging off drops from up to 2 meters. We were kind of expecting more in the drop department, but then again, with such a tiny form, we really shouldn’t expect any more. At least, you know it will be ‘safe’ to some extend rather than certain ‘death’. The star of the show is obviously the dome-shaped fixed lens on the top, which offers multiple modes of viewing/imaging, including Globe (360o), Dome (214o), Split (180o front and 180o back, simultaneously), Ring (212o), as well as 360o Panorama. Prices for the Kodak Pixpro SP360 Action Camera start at Kodak$349.99, excluding the waterproof case, bar and adhesive mounts. Check out a demo video after the break. 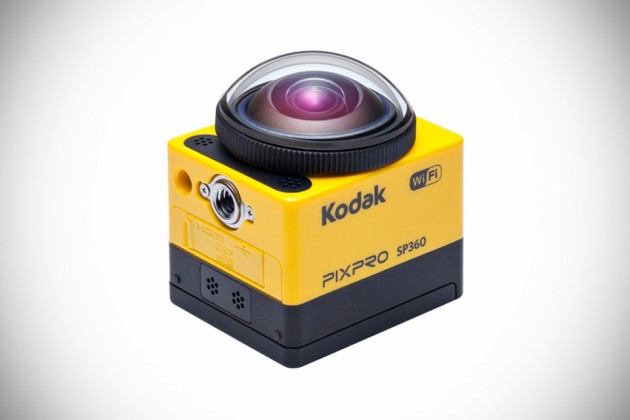 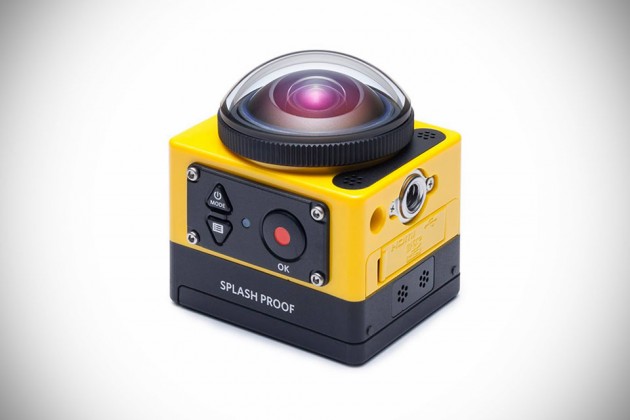 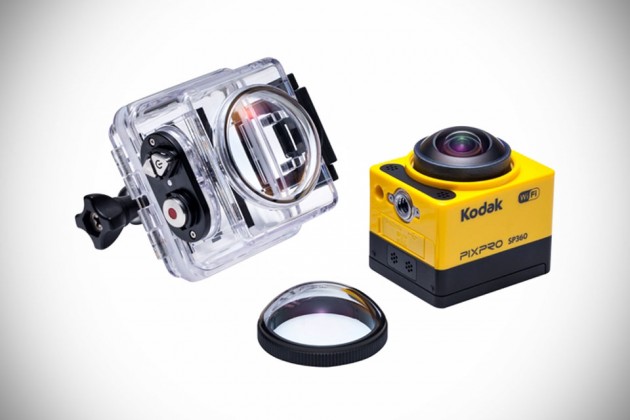