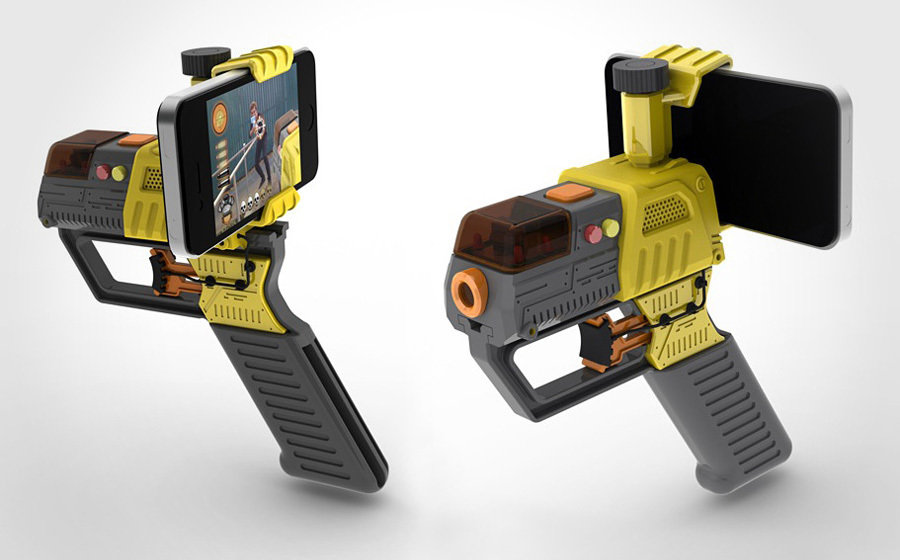 we love first person shooter games, however, we don’t get to sweat it out or feel the heat of the battle. so, it is time to take our first person shooter gaming to the next level with Laser AppTag. it is a laser blaster that works with your iPhones, iPod Touches and even Android Phones, turning them into a real world laser blaster. obviously, Star Wars laser capability is not in the order but rather, this blaster uses totally harmless laser emitter and receiver to communicate between players and its highlight is the lack of physical connection to your phone. yes, it does not dock or occupies your headphone jack to communicate with your handset and neither will it ride on your phone’s battery. no Bluetooth or WiFi magic, its just high frequency sound that is barely audible to human. AppTag features a host of buttons, including a pressure sensitive trigger switch, an oversized reload button, and four buttons that should provide game developers with ample opportunity of expansion, plus it is compatible with Nerf and Buzzbee blaster – or any blaster with accessory rails. the Laser AppTag is available as a Kickstarter project for a modest $35 and a free app will be available when the blaster ships. hit the jump for a product introduction video.