The LEGO Ideas SpaceX – The Ultimate Collection Set posted by LEGO enthusiast Matthew Nolan and co-created by the man himself and LEGO Saturn V co-designer Valerie Roche is a celebration of the commercial space race, specifically the achievements made by SpaceX thus far. The set features detail packed SpaceX fleet in 1:110 scale with the following features:

Module 1: Falcon 9 – New Block 5 Variant
• A first stage with 9 Merlin engines and black inter-stage. The new titanium grid fins are deployable. The black landing legs lock into landing position.
• A removable second stage with a Dragon 2 spacecraft payload for carrying humans on missions to the Moon and Mars. The capsule detaches from the trunk and has a heat shield for re-entry.
• An additional second stage featuring a composite fairing for cargo.
• A highly detailed satellite payload, which compacts for launch into the fairing.
• A dual-function stand to display the deployed satellite, or the other second stage and payload.
• 371 bricks and 26 decals.

Module 2: Falcon Heavy
• A first stage with three releasable Falcon 9 cores. The hypersonic grid fins are honeycomb and deployable. The landing legs extend out to the correct angle and lock into position for a recovery landing. Fuel tanks are also housed within each of the reinforced Falcon 9 cores.
• Removable second stage, which delivers the rocket’s payload into orbit with its Merlin Vacuum Engine and additional fuel tanks.
• A removable composite payload fairing, complete with test payload of Elon Musk’s personal Tesla Roadster.
• 453 bricks and 13 decals.

Module 3: The TEL
• SpaceX’s Transporter/Erector/Launcher (TEL) and launch mount from Kennedy Space Center’s Pad 39a, enabling the Falcon’s rockets to be realistically displayed ready for launch.
• At the top of the tower are the yellow payload clamps and stage 2 collar arms, which are geared to synchronize the release.
• The tower is articulated at its base, so it can be presented vertical or leaning 15° backward for launch, held by four blue supports.
• A three points locking mechanism in the base launch clamps hold the rockets. Adapters are included, enabling the TEL to hold and lock both the Falcon 9 or Falcon Heavy rockets.
• 759 bricks.

All told, the three-module set has a piece count of 1,583 pieces. Interestingly, if you haven’t already noticed, it comes with Elon Musk’s personal Tesla Roadster that was sent as payload on the Falcon Heavy rocket earlier this year. Unlike Musk’s red Roadster, this one is yours to keep – if this set ever gets the nods of approval by the LEGO Ideas panel. 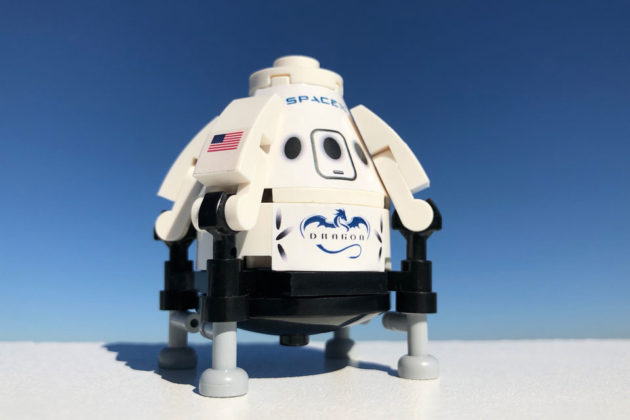 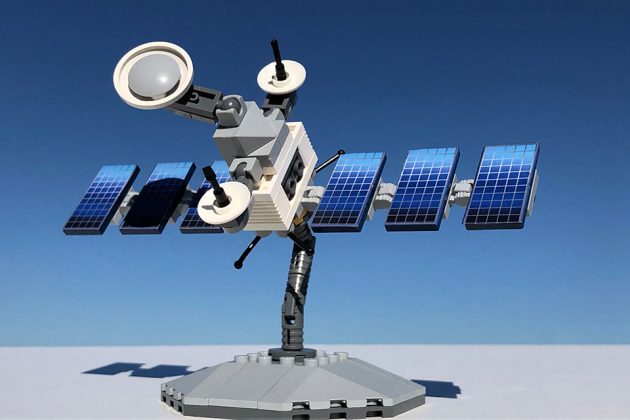 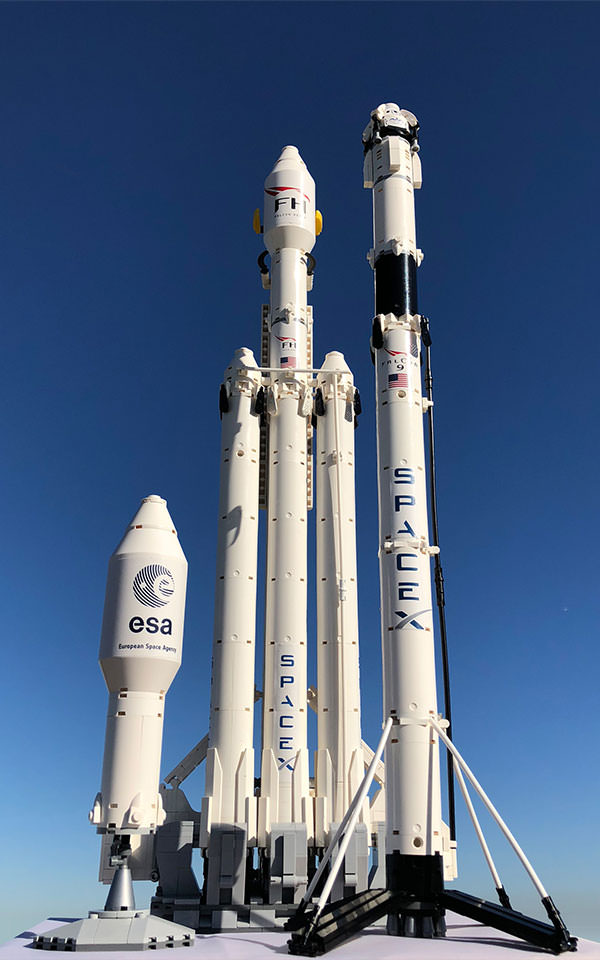 via The Brick Fan.