Good news, fans of both LEGO and Marvel, the next chapter of the LEGO Marvel Super Heroes from TT Games, aptly called LEGO Marvel Super Heroes 2, is coming and you will be going up against the evil time-traveling Kang the Conqueror. Even better. You will be scoring yourself a season pass and an early access to the classic Guardians of the Galaxy character pack. What’s even more better. You will be getting exclusive Giant-Man LEGO minifigure! And best of all, these pre-order goodies are available across all retailers and across all platforms. 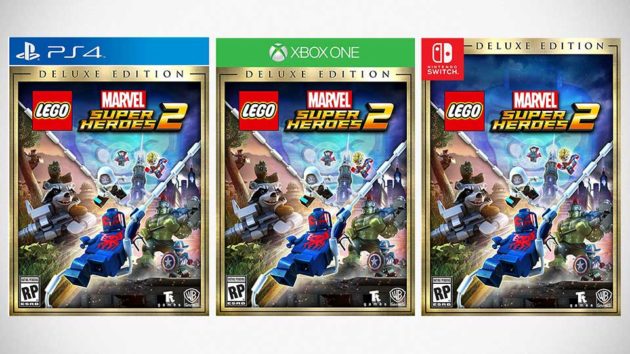 That’s right. Whether you are Playstation 4, an Xbox One, or Nintendo Switch user, you will be getting the aforementioned goodies if you pre-order the LEGO Marvel Super Heroes 2 Deluxe Edition, which is priced at $74.99. This offer is available to those who pre-order from Amazon, Best Buy and GameStop. Speaking of which, Amazon Prime members and members of Best Buy’s Gamer’s Club Unlocked, you will receive an additional 20 percent discount over the advertised sticker. Don’t say we did not tell you. LEGO Marvel Super Heroes 2 will be officially available starting November 14, 2017. Here’s summary of the platforms and retailers: