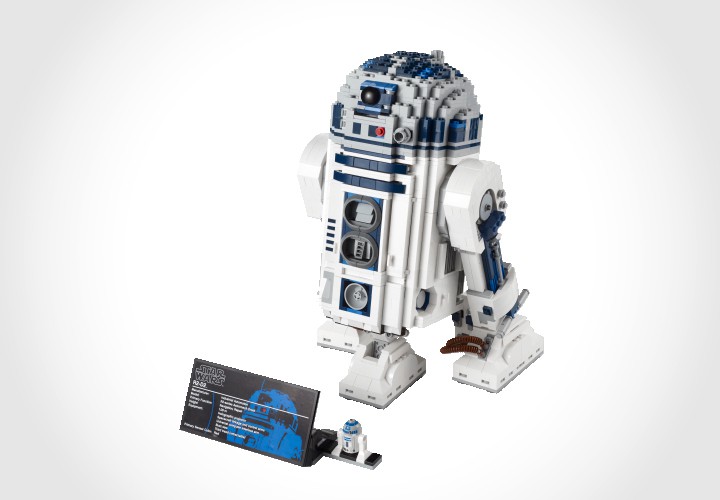 when it comes to Star Wars, the characters Darth Vader, C3-PO and R2-D2, appear to stand out from the horde, each having their own ‘qualities’ that capture our hearts. strangely, Luke Skywalker never seems to make the popularity list but at least his light saber managed to make the round of replicas that Star Wars fans endear so much. it turns out that we earthlings either lookup to the dark side and on the other spectrum, adore the cute. speaking of cute, R2-D2 is perhaps the most loved character and it’s popularity is not something to be belittled. fans has made in its likeness, make it into a Xbox 360 console complete with integrated projector and we even saw an official R2-D2 trash can. joining the R2-D2-mania is this LEGO Ultimate Collector Series R2-D2. this $179.99 LEGO kit features detail such as retractable third leg, front panels that open up to a universal computer interface arm and a circular saw, rotating head and two fold-out front spacecraft linkage control arms. well, it takes a true-blooded fan to truly appreciate these features, though some purist may not be so thrill with the edgy-ness that comes with the LEGO version of their beloved R2-D2. as with the good’ole UCS tradition, it comes with a fact plaque and a R2-D2 minifig.

NOW READ  Mattel’s Mega Is Serving Up A Brick Built Tesla Cybertruck With Over 3,000 Pieces