By now, we are all skeptics when it comes to hoverboard. Sure. We have seen a few ‘real-working’ examples like the record setting hoverboard, a magnetic levitation board that won’t work without metal underneath it and even a leaf blower-powered example. As real as they are, these ‘hoverboards’ are not quite the hoverboard we have imagined. Granted that the hoverboard in our imaginations is largely shaped by Back to the Future II, still, making a huge ding to get up and floating just doesn’t sound right. But that is set to change when Japanese luxury car maker Lexus unveils the Lexus Hoverboard, or so we read. 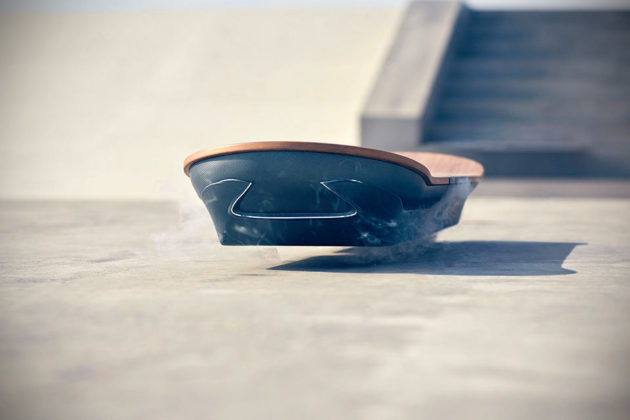 Lexus has reportedly collaborated with “world leading experts in super conductive technology to create one of the most advanced Hoverboards ever developed.” Mark Templin, executive VP of Lexus International, said “That determination, combined with our passion and expertise for design and innovation, is what led us to take on the Hoverboard project. It’s the perfect example of the amazing things that can be achieved when you combine technology, design and imagination.” So is true-to-expectation hoverboard finally here? Or is it just another elaborate marketing stun? 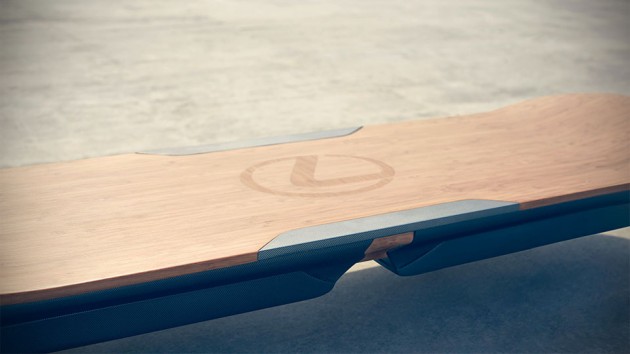 It sounds rather surreal, actually with Lexus going the length to touch on, albeit briefly, the underlying technology which include leveraging on magnetic levitation to achieve the amazing frictionless movement, made possible by liquid nitrogen-cooled superconductors and permanent magnets. Aesthetically, Lexus Hoverboard is every bit of Lexus as it can be, featuring the iconic Lexus spindle grille signature shape and crafted from materials as used by the luxury marque, along with a touch nature, through the use of bamboo.

The Lexus Hoverboard is part of the fourth project in the ‘Amazing in Motion’ campaign and apparently, it is real and a “testing” of the hoverboard will be conducted in Barcelona, Spain “over the coming weeks.” At this point, we reserve our rights to remain as skeptics, cos’ as far as engineering goes, it is hard imagine how magnetic levitation without opposing force beneath would work.