LG is all prepped to showoff more gadgets at the 2014 CES next week and in the personal computing department, it has two, or three items to showcase and they are the new LG 13″ Ultra PC (13Z940), the second-generation Tab-Book 2 Hybrid Computer (11T740 and 11T540), as well as the LG 27″ AIO PC. details are not in great depth (more information should be available next week), but the following are what we are aware of at the time of this writing.

LG 13″ Ultra PC (13Z940)
kicking off the trio is the Haswell i5-powered super lightweight Ultra PC that tips the scale at under 1 kilogram, or 980 gram to be more specific. it will be offered in a choice of 128GB or 256 SSD and features a stunningly narrow bezel, aptly referred to as the Super Narrow Bezel, that measures a mere 4.4mm, and it has a thinnest point of just 13.6mm to consummate its namesake of Ultra PC. another highlight is a ‘Reader Mode’ function that allows you to change the background of any screen image to mimic a paper for easier on the eyes reading and of course, reduce energy consumption.

LG Tab-Book 2 Hybrid Computer (11T740 and 11T540)
next up is the second iteration of the Tab-Book, aptly dubbed Tab-Book 2, which will be available in two versions. the flagship model is denoted by model reference 11T740 which is a proud 16.7mm thin form. it weighs 1.05 kilograms and has a 11.6-inch Full HD IPS multitouch display, boasting a maximum brightness of 400nit that LG clams that would be “easy viewing outdoors” (under the sun, we supposed). running the clockwork is the fourth-generation Intel Core i5 processor. both models are optimized for 10-point touch control and a slide out QWERTY keyboard which can be revealed at a touch of a button. no word if the other model is also powered by the same processor (it probably is), but the 11T540 is lighter and thinner at 930 gram and 13.7mm, respectively.

LG 27-inch All-In-One Computer
last but not the least is the LG 27-inch All-In-One PC that features a Full HD IPS display and touts on-the-fly switching between a computer and a TV via a the supplied remote control. yes. it has TV functionality too, which we presume built-in TV tuner does come as standard. with features like picture-in-picture (PIP) and HDMI input, the LG 27-inch AIO PC further blurs the line between TV and a desktop computer. the former is what it is, allowing you to watch TV programs while surfing the Internet at the same time, and the latter lets you hook up the AIO to a Blu-ray player, sound bar, or other home entertainment devices. it has an Intel Core chip and NVIDIA GeForce GT 740M graphics card to see the smooth system and graphic processing.

expect more details to surface in the next week’s International CES which, hopefully, we should be hearing prices and availability of these gadgets. the CES has become a good reason for holding out major gadget purchases, though what showcased might not be even be making to the market in near future. still, you’d be making an informed acquisition if you will be doing so, since you will know what’s on the horizon. 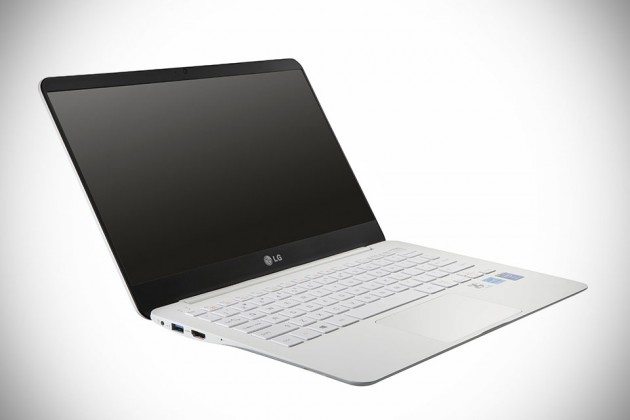