Good news, people-shy folks. The next time when you head to South Korea’s airport, you will not need to face a real person if you have queries on airport-related matters because LG, one South Korea’s biggest electronics company, has deployed an army of robots to guide you around the airport should the need arise. Two types of robots, Airport Guide Robots and Airport Cleaning Robots, are put on trial since July 21 to assist travelers arriving and departing South Korea head of the 2018 Winter Olympics which will be held at PyeongChang County. 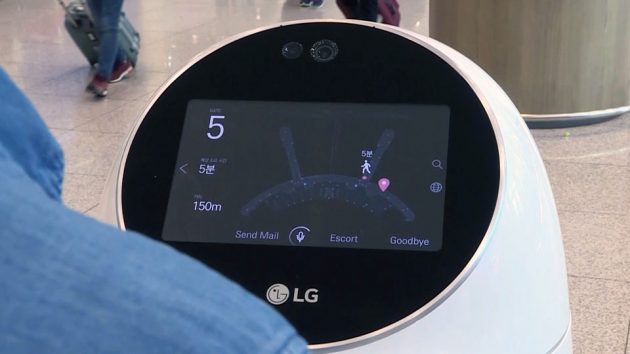 As the name implies, the Airport Guide Robot will roam the airport terminals offering information and assistance to roughly 57 million visitors passing through the Incheon International Airport each year, while Airport Cleaning Robot will go the round to ensure the airport terminal’s ground is spick and span. As far as interaction goes, there should have no language barrier because the Airport Guide Robots are proficient in four languages, namely, English, Chinese, Japanese and of course, Korean, while LG’s very own voice recognition platform should ensure a seamless communication between the robots and the inquirers. 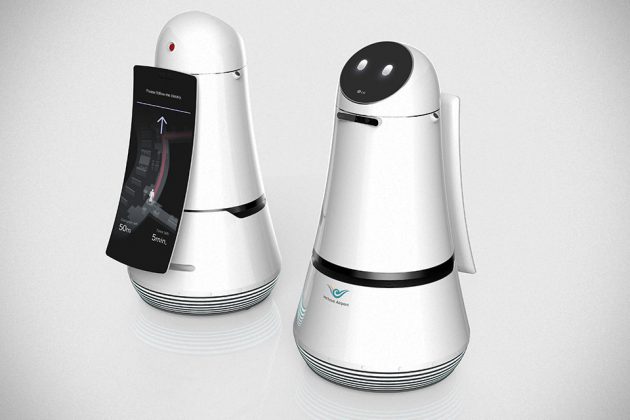 Unlike human staff who may not know the information you are asking for, the robots are connected to the airport’s central server and therefore, these robotic staff could swiftly pull information like boarding times even when there are last minute changes and if you ever need help locating a particular amenity such as restaurants, restrooms or whatnot, the robot can also point you in the right direction. It can even scan traveler’s boarding pass and if required, escort late or lost traveler to the correct departure gate.

The Airport Cleaning Robots, on the other hand, are built on LG HOM-BOT’s technology, which means they are totally capable of navigating autonomously and avoid obstacles (such as you) as they go about doing their rounds. There are no words on how long the trial is expected to last, but I am guessing it should at least extend till until the conclusion of the Winter Olympics. But who knows? It could be firm thing even before the game. 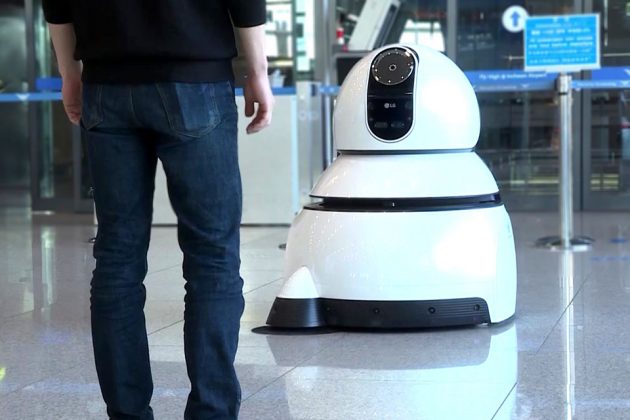 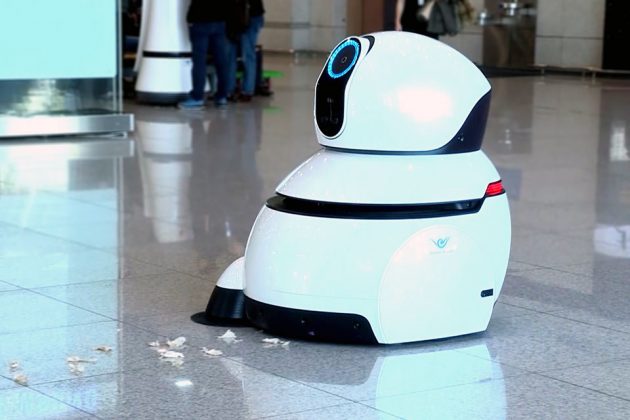