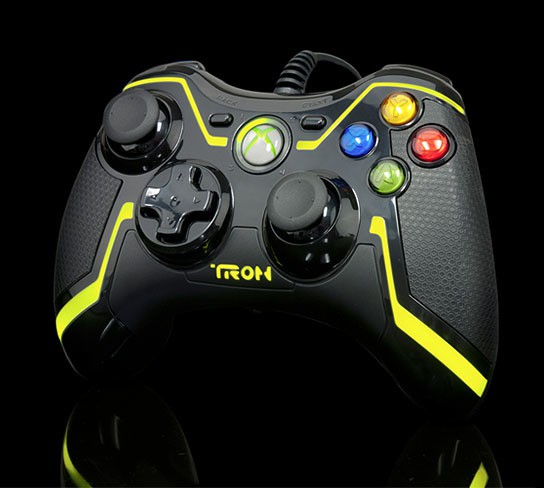 the Yellow edition sports the same design and construction as the Ice Blue edition with that, it is also a disappointing wired controller. i guess if you’re such a huge fan of TRON, that wire shouldn’t bother you much. as with the previous limited edition, this is also an officially licensed product by Microsoft which features rubber grips with soft touch, precision controller parts and vibration support.

only 350 units will be made available and it will be on sale on April 14, at Noon EDT. the PDP Limited Edition Yellow TRON Controller is a “Web Exclusive” and cost $49.99 a pop.
[ad#playasia-2]