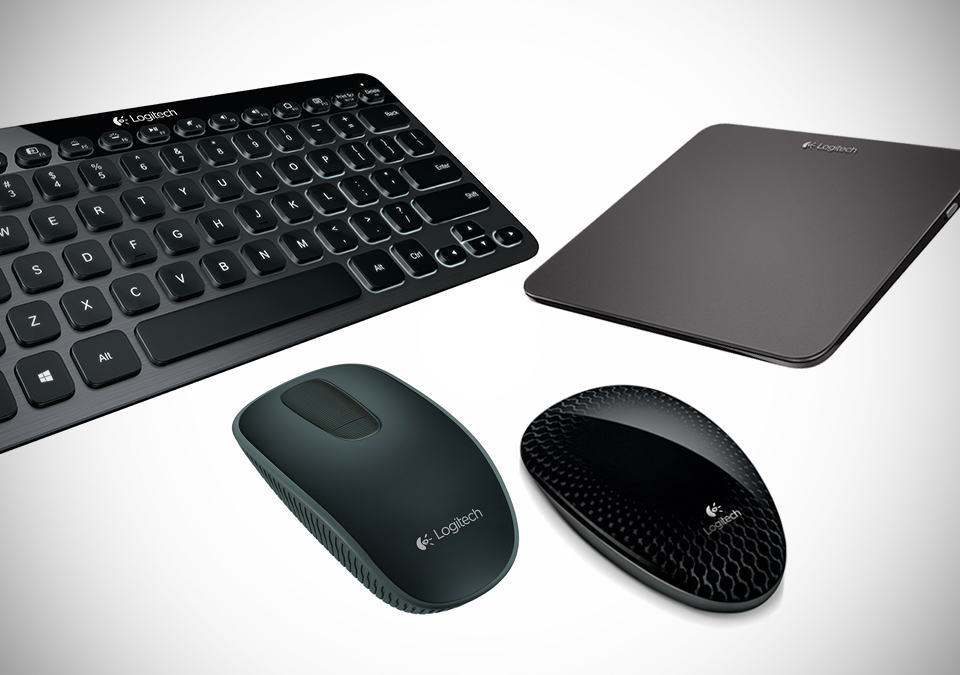 looking forward to Windows 8? then might want to get your hands on some Windows 8-friendly peripherals to fully take advantage of the new Windows 8 environment. Logitech is one firm that wasted no time and is offering a pair of mouse, a trackpad, as well as a cool Bluetooth keyboard, all tailored with Windows 8 in mind. the lineup includes the Logitech Zone Touch Mouse T400, Logitech Touch Mouse T620, Logitech Wireless Rechargeable Touchpad T650, and Logitech Bluetooth Illuminated Keyboard K810. the pointing devices, the trackpad included, all features Windows 8 specific gestures that allows user to seamless move through the traditional desktop to the fancy tiles format found on the smaller Windows Phone 8, as well as in the upcoming Windows 8-based tablets. in short, you will have a whole lot of new gestures to master on top of what you are already familiar with. we have no issues with gesture-based commands but too much of something might just become a nuisance than help, especially if you have to perform gestures on a thing as tiny as a mouse.

as for the keyboard K810, it is not designed specifically for Windows 8 machines, though it does sport a layout designed for Windows 8 with shortcuts for instant access to Start Screen and among others. features of the K810 includes backlit keys, built-in sensors detect hands’ approaching, turning on or off to save power, built-in rechargeable batteries, pairs up to three devices simultaneously and can switch between them with a push of a button – which means you will have two less keyboards to buy for your other two gadgets. another plus is that the K810 is compatible with iOS, as well as Android devices. oh, did we mention that the K810 sports a beautiful brushed aluminum chassis? sweet. the K810 will be available this month in the U.S. followed by Europe in November with a price tag of $99.99 while the Logitech Zone Touch Mouse T400, Logitech Touch Mouse T620, and Logitech Wireless Rechargeable Touchpad T650 goes for $49.99, $69.99, and $79.99, respectively. a few more look at these products and a short demo of the pointing devices after the break.