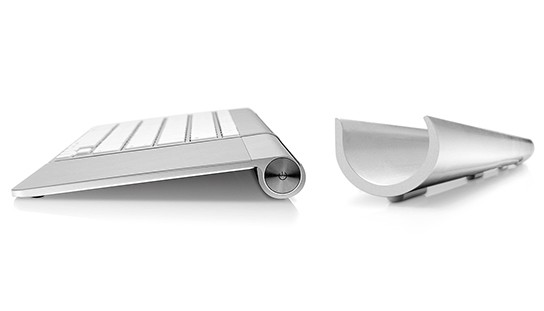 another product to join the ranks of ‘why i didn’t think of it!’ is the new MagicWand from Twelve South which lets you ‘magically’ combines your Apple Bluetooth Keyboard and Magic Trackpad into one. granted, this MagicWand won’t let you cast a spell but it certainly can solve your runaway Magic Trackpad problem. just snaps both your Apple Bluetooth Keyboard and the Magic Trackpad into the MagicWand and you have a one single piece of hardware instead of two. even though it sounds ridiculously simple, i was completely wowed by it. seriously. check out the product video after break.
[ad#Google Adsense-text-468×60]