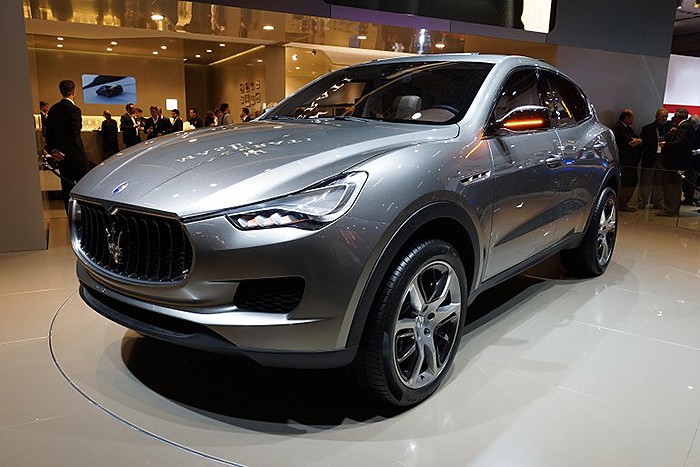 with the Frankfurt Motor Show going on, we have to be extra cautious not to flood this blog with more autos than necessary but then again, who can resist featuring something as gorgeous as this Maserati Kubang (among the many others)? the Kubang, so named after the Javan wind, is an updated concept of the Trident brand’s prior SUV concept introduced back in 2003 at the Detroit Motor Show. though developed based on the Jeep Grand Cherokee, this gorgeous SUV from the luxury marque will features styling, engine, suspensions, brakes, handling and performance of 100% Maserati origin.
[ad#Google Adsense-text-468×60]

the SUV will be offered with a choice of Maserati engines, to be designed in Modena by former engine chief of the Ferrari Formula One racing team, Paolo Martinelli – and produced in Maranello by Ferrari. nothing much has been disclosed even with its debut at the Frankfurt Motor Show, apart that the choice of engines will be mated to an AT 8-speed auto transmission, and “specific performance settings such as suspensions, brakes, steering will be exclusively developed in Modena by the Maserati Product Development Department.” i hate to say this but the car does look hot or was it the ladies standing beside it?

check out a photo gallery and short clip of the Kubang at the Frankfurt Motor Show after the break.

SOURCE: Maserati
via Gizmag via WorldCarFans