step aside NERF, Mattel’s BOOMco. Blasters will soon be in town to challenge your supremacy in the foam dart-shooting blaster market. for nearly three years, toy giant Mattel has been hatching a plan to usurp the king of the blaster and result is four blasters that are set to hit the U.S. market this summer for around $10-$60. the Mattel team has gone all the way out in the design of the blasters, sporting what Staff Designer Raymond Makowski described as “superbikes” of blasters and lets you see the guts of the blasters. looking at the initial product images of the blasters, we have got to say we are completely impressed and what’s more, BOOMco. promised to shoot farther, faster and hit the targets as you have intended. well, maybe they wasn’t explicit about the latter but a test by Fast Company’s Mark Wilson, proves that the blasters did actually hit where he aims. 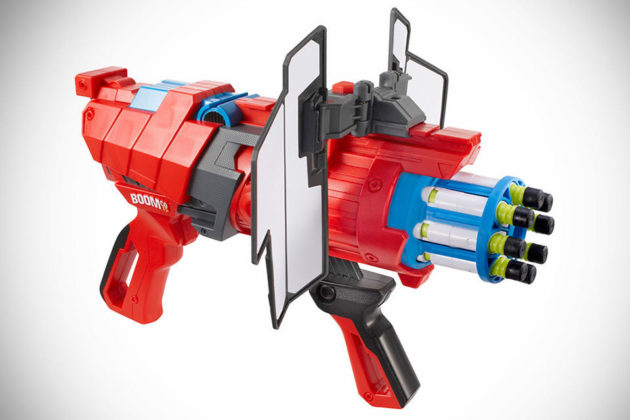 firepower aside, the biggest development is perhaps the ‘ammunition’ which is known as SmartStick, featuring a top secret compound, developed by Mattel’s in-house Chem Lab, at the tip of each projectile. this proprietary compound is designed to stick firmly to designated target and can be reused over and over again. it is indeed a refreshing change compared to not knowing where you nail with the NERF system. the four models comprise of Rapid Madness, a pump-charge rapid firing blaster; Twister Spinner which is a Gatling gun-like blaster; Farshot which is a Maverick REV-6 equivalent; and Clipfire, a keychain-friendly single shot pistol (think Secret Strike AS-1). each foam firearm comes with pop-up shield that’s coated to catch opponents’ SmartStick for reusing, while stick-able targets can be pasted to wherever you desire, including on your shirts for a more realistic BOOMco. battle and also facilitate scoring at the end of the ‘fire-fight’. 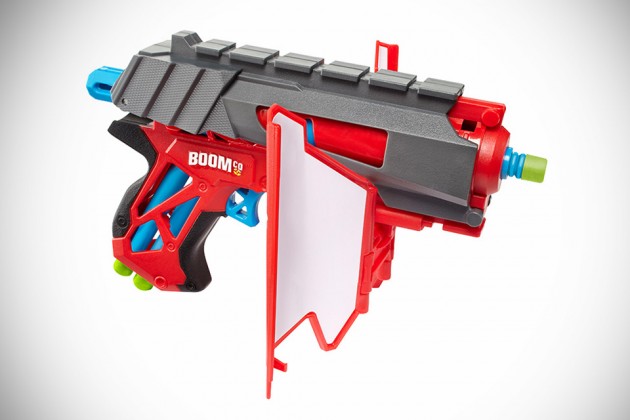 well, it sure sounds like a fierce foam core battle is brewing at the horizon. catch Mark’s tour of the Mattel HQ in the video further down the post, after which you might want to head on down to BOOMco. website for some teaser videos. 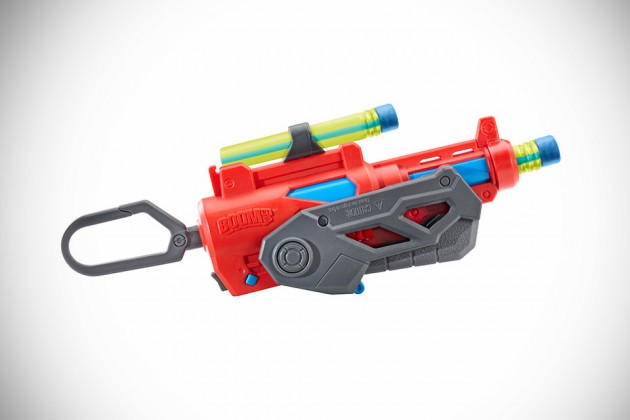 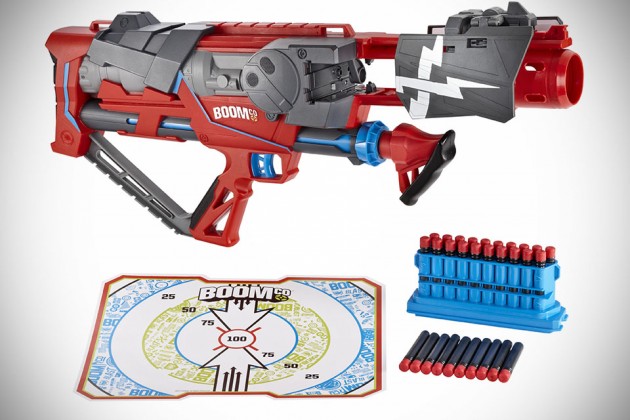 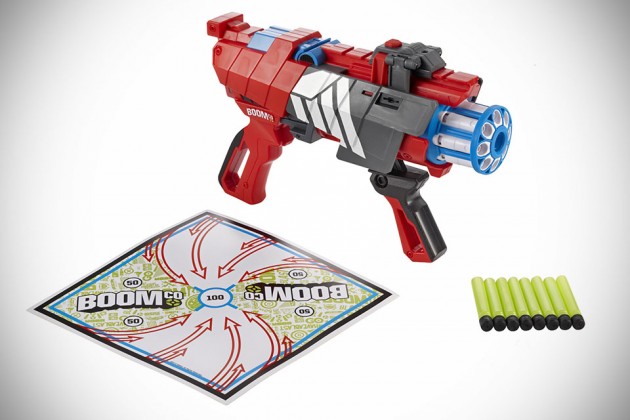