Mazda’s classy MX-5, otherwise known as Miata in its Japan home turf, is pretty, but it hardly stacks up to the exotic roadsters. However, things for this pocket roadster takes a turn at the SEMA Show in Las Vegas earlier this month. The Japanese automaker showcased two head-turning MX-5 based on the all-new, SKYACTIV Technology-driven 2016 MX-5 Miata, called MX-5 Spyder and MX-5 Speedster, and boy do they look brilliant.

As brilliant the duo is, however, do not expect them to be hitting your local showrooms cos’ they appears to be merely concept designs. Though, you are welcome to take them as the reference and let your favorite car modifier do the magic. Here’s a rundown of what each has to offer: 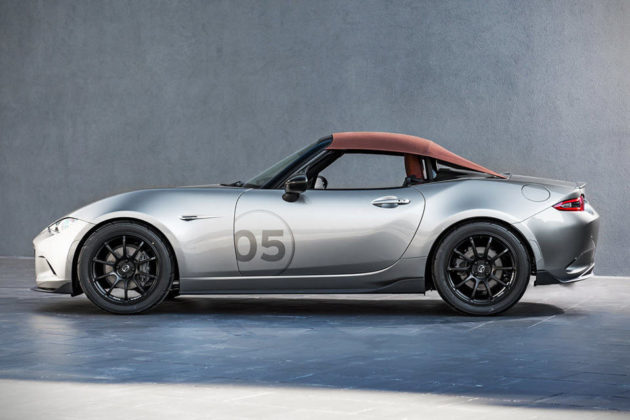 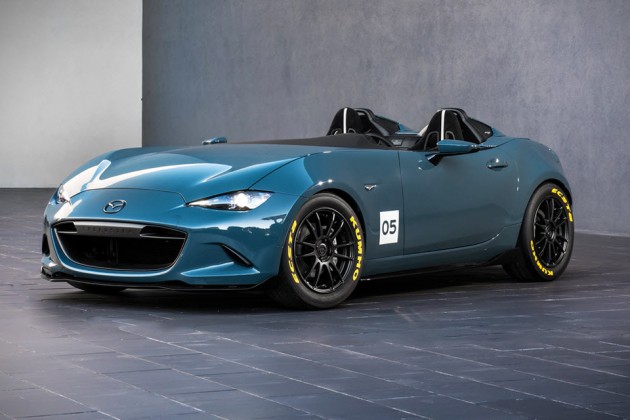 MX-5 Speedster
The Blue Ether colored Speedster, on the other hand, is described as a “pared down roadster” that aims to provide motor heads “an adulterated, wind-in-the-hair” driving experience. it sports the unmistakable look of the 1950s sports cars, eschewing a windshield for a deflector and a new-age interpretation of the double rollover hump. There’s no audaciously sized wheels here; instead, it rides on custom 16-inch RAYS Extreme Gram Lights wheels with Kumho Ecsta V710 225/50/16 tires.

The Speedster seats some 30mm lower over the production counterpart, on a set of K&W adjustable coil-overs, while Brembo four-piston calipers with vented motors lend the vehicle with the necessary stopping power. Other worthy mentions include Racing Beat center-mount exhaust, an Alcantara interior, exclusively custom carbon fiber Mu-Len Delta seats, and carbon fiber doors. The use of CF result in lighter Speedster, weighing at 2,080 lbs, as compared to the Spyder’s 2,301 lbs.

Under the hood, nothing has changed. Both concepts are powered by the same SKYACTIV-G 2.0L DOHC 16-valve 4-cylinder with VVT, which kicks out an ‘about right’ 155 ponies with 148 lb-ft torque. We are not sure about the transmission though. We are hopping that they are with 6-speed stick shifter, but then again, it don’t matter cos’ it is not like they are available anyways. 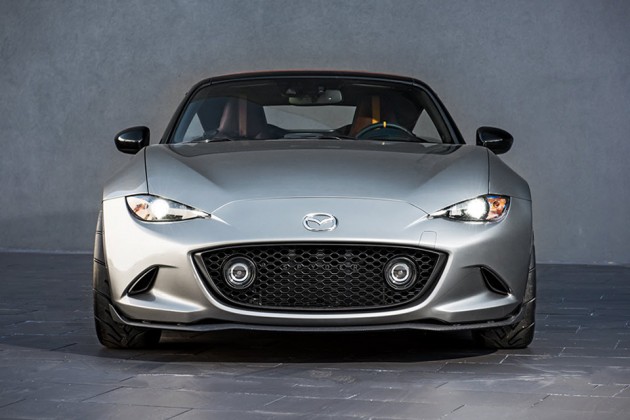 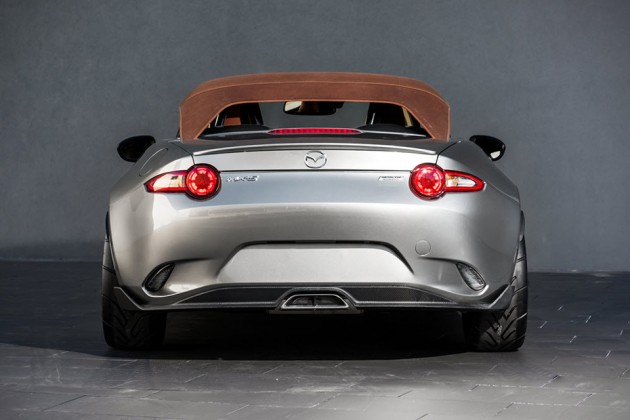 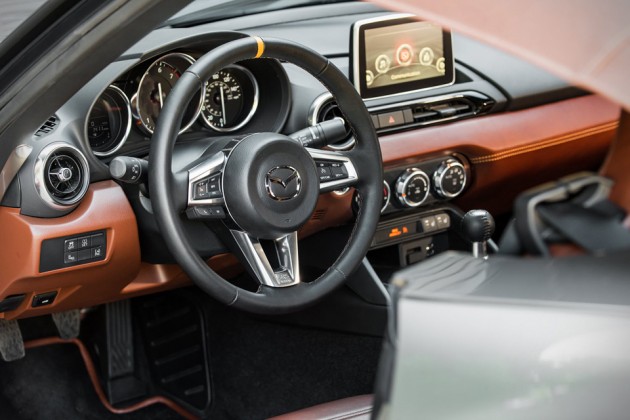 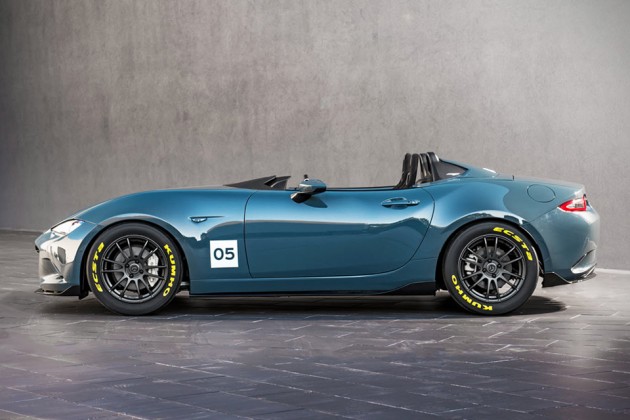 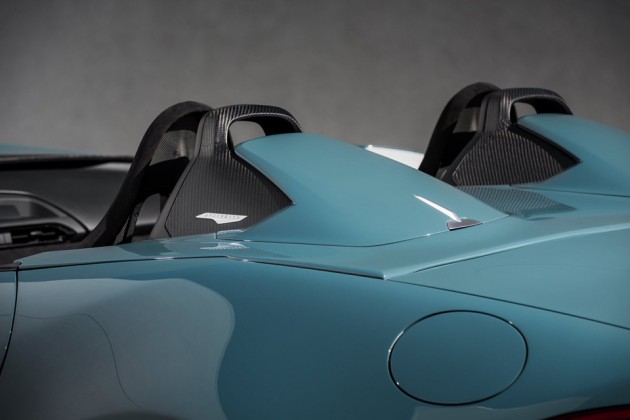 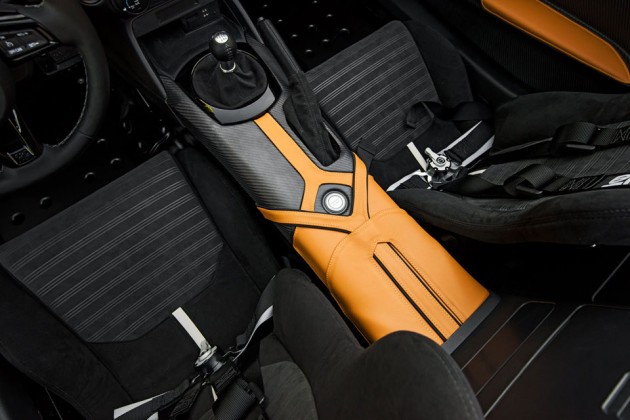